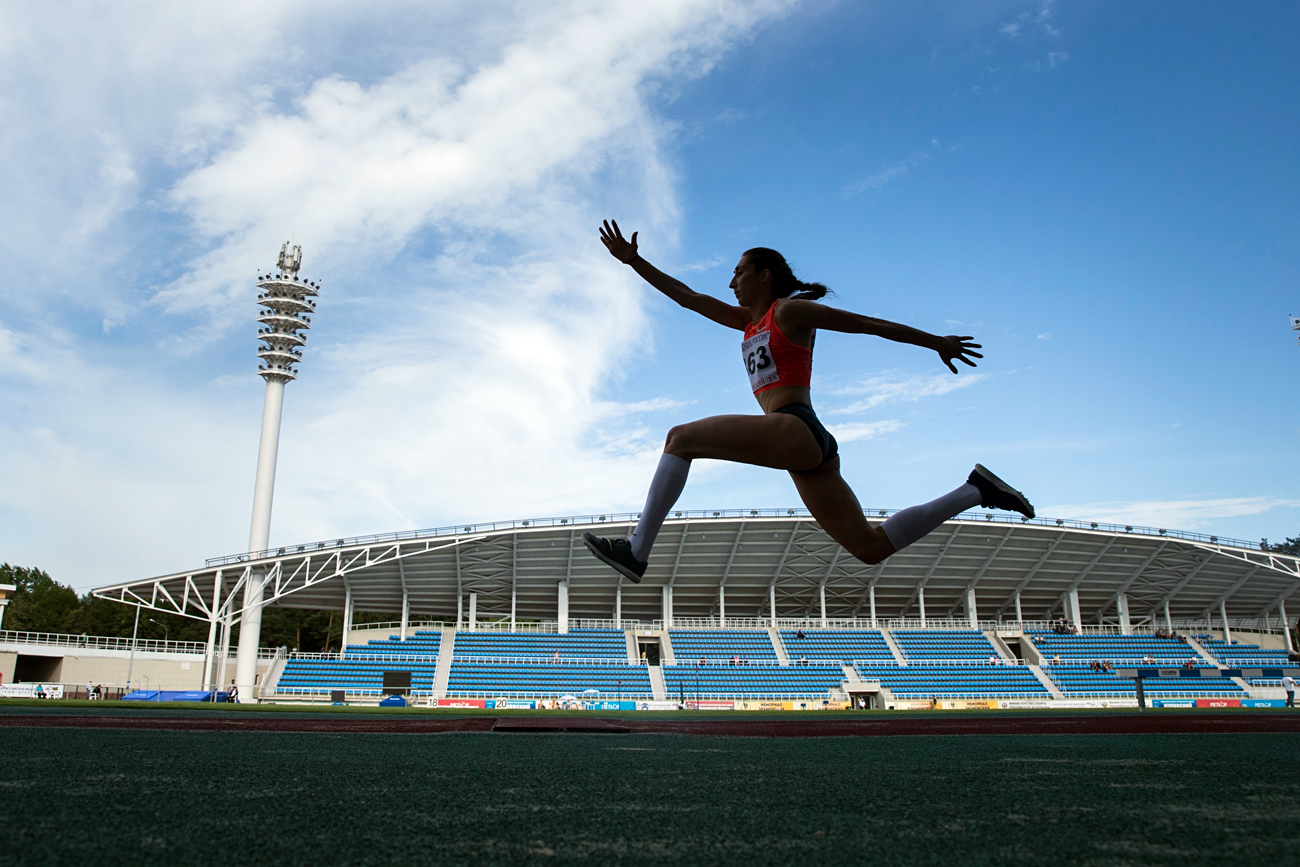 Long jumper Ekaterina Koneva said she would cry if banned from Rio Olympics. Photo: Ekaterina Koneva competes in the Russian Cup athletics competition in Zhukovsky, near Moscow, on July 20, 2016.

AP
Contrary to expectations, the International Olympic Committee has not imposed a blanket ban on Russian competition in the Rio Olympics. “Triumph for Russian sport,” “optimum for us,” and “not the most rotten decision” – how did Russia react to the outcome of one of history’s biggest sporting scandals?

Despite the most pessimistic expectations of the Russian public, on July 24 the International Olympic Committee (IOC) allowed the Russian national team to compete in the Rio Olympics in August.

After the Court of Arbitration for Sport (CAS) in Lausanne ruled not in favor of Russian track and field athletes (in effect, banning all of them from taking part in the Olympics), few held out much hope for the IOC since the latter had made it clear more than once that it would be guided by the court’s verdict.

“A most dangerous precedent has been set and from this moment on the whole sporting world will be living by new laws,” the Russian Olympic Committee (ROC) said at the time (in Russian).

Russian Sports Minister Vitaly Mutko issued an angry comment (in Russian) about the CAS and its chairman, while the honorary president of the ROC, Leonid Tyagachev laid (in Russian) the blame at the door of Mutko and the incumbent head of the Russian Olympic Committee, Alexander Zhukov.

For their part, athletes were busy producing sound bites about “a political order” from the West and a “funeral” for sports. They were preparing for the worst but the worst did not happen.

State Duma deputy Pavel Krashenninikov was one of a number of people to say that the IOC had simply “passed the buck” onto the federations because of political pressure.

In the end, Russian sport escaped the toughest punishment. The IOC Executive Board – practically unanimously – refused to ban the whole Russian national team from the Games, but on one condition. Only “clean” athletes, those who have never had problems with doping in the past, will be allowed to compete, with the decision on which of them is “clean” to be taken by the relevant international federations shortly.

Expectations indeed were rather grim. There was little hope for a positive outcome for the Russian national team in this huge doping scandal: With every passing month, things became only worse.

It all began in December 2014, when the German TV channel ARD aired a documentary called Top-Secret Doping: How Russia Makes its Winners.

In the wake of the controversial revelations in the film the World Anti-Doping Agency (WADA) launched a probe, as a result of which the Russian track and field team was disqualified ahead of the Rio Olympics and the Russian Anti-Doping Agency was stripped of its license. Russia had to pay 32,000 pounds ($42,000) every month to have its anti-doping control function performed by the British agency UKADA.

There was also talk of doping allegations concerning the national soccer team, as well as the Russian Paralympic team.

On the day when the IOC was deciding the fate of the whole Russian national team, British papers published inside reports: Тhe Times said that a second check of samples of Russian athletes who took part in the 2008 and 2012 Olympics had tested positive for doping, while The Daily Mail suggested that Russia could be banned not only from the Summer Olympics in Rio but also from the Winter Olympics in Pyeongchang in 2018. At the same time, Russian gymnasts were refused accommodation at the Olympic Village in Rio (it later transpired that some of them had just arrived too early).

In a nutshell, the atmosphere was tense. For that reason, the IOC decision was greeted as long overdue (albeit partial) justice: in the spirit of compromise and without too harsh statements.

“The IOC decision is optimal for us. <...> Things could have been better, but the blamestorming should be conducted inside ourselves,” said Russia’s IOC member Shamil Tarpishchev, commenting on (in Russian) the committee’s ruling.

Russian Sports Minister Vitaly Mutko said(in Russian) that the Ministry of Sport is grateful to the IOC for this decision: “The criteria that the national team has to meet are very tough. But 80 percent of athletes meet these criteria,” he added.

‘Passing the buck’ to federations

Leaders of the parliamentary factions were less complimentary toward the IOC. “All this rigmarole is nasty and unpleasant but at least this is not the most rotten decision,” Communist Party leader Gennady Zyuganov told (in Russian) the Life news website.

According to (in Russian) controversial Liberal Democratic Party leader Vladimir Zhirinovsky, the all-clear decision will once again be taken at the very last moment.

“Then they will be late for registration, then there will be problems and accommodation, with food. They will harass us to the end in order to reduce our medal count… The moral message on a global scale is that Russia is having its face rubbed into the table,” he said.

“Here it is, the triumph of Russian sport: Defamed and demonized, some of our athletes will be allowed to compete in Rio. Aren’t we lucky?” tweeted (in Russian) editor-in-chief of the Govorit Moskva radio station Sergei Dorenko.

At the same time, few have forgotten that Russian track and field athletes remain banned from the Games. The International Association of Athletics Federations (IAAF) suspended the Russian Athletic Federation back in November 2015 and its ban on Russian athletes to take part in international events was recently upheld by the Court of Arbitration for Sport.

Also, the issue of a possible political motive behind the doping saga has not been removed. Many in Russia continue to suspect that politics is involved.

“It is a purely political order. All the arguments were aimed against the All-Russia Athletics Federation and there was nothing specific about the athletes. It’s a clear hatchet job,” said (in Russian) two-time Olympic gold medalist, pole vaulter Yelena Isinbayeva, for whom Rio would have been the last Olympics in her career.

However, not everybody interpreted the doping scandal as a groundless attack. WADA “would not have made accusations like that without proof”, tweeted (in Russian) vice-president of the Russian Tennis Federation, Olympic champion Yevgeny Kafelnikov.

Now Russia will have to carry out a complete overhaul of its anti-doping system, as the Russian Olympic Committee promised at the IOC meeting.

“But only together, with the IOC and WADA. Doping is a global problem,” said Mutko.