Mini-crisis? Queen Elizabeth I should take the blame 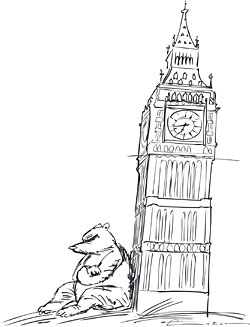 As a result of the Litvinenko case and the mutual expulsion of diplomats, President Putin described the current state of Russian-British relations as a "mini-crisis". Haven't we been here before?

Russian-British relations have always been difficult, more often hostile than friendly. And the current crisis is just the latest in a long line of "failures to understand one another".

The beginning of relations between the two states was in fact very promising: the first English ambassador, Richard Chancellor, who reached the mouth of the Dvina River in 1553, was given a warm welcome at the court of Ivan the Terrible. The Russian despot-tsar even sought the hand of Elizabeth I of England, though his overtures proved unsuccessful. Perhaps that's where the problems began.

Relations blew hot and cold from then on. Under Catherine II, in the late 18th century, Russian sailors trained in the British fleet. But during the American War of Independence, Catherine II signed a Declaration on Military Neutrality, giving indirect assistance to the "revolutionaries", much to London's dissatisfaction.

The two countries seemed to have an inexplicable hatred for each other. Both countries approached the Crimean War as "natural opponents" and the entire second half of the 19th century marked a period of fierce competition across the whole of Eurasia.

Anglo-Russian hostility was brought to an end in 1907 with the Triple Entente (which included France). The main cause for this alliance was the growing strength of Germany.

The revolution of 1917 again ended the friendship. Britain became one of the leaders in the struggle against Bolshevism: the young Winston Churchill, a member of the government at the time, swore that he would devote all his energies to fighting this evil. Little did he know that 25 years later he would become an ally of Stalin. Britain was the first country with which the Soviets established trade elations, but it also became the main propaganda opponent of the Soviet authorities. In spite of the short alliance during the WWII, mistrust of the British in foreign policy and a sceptical attitude to everything connected with the British way of life were characteristic of Bolshevism.

Perhaps the most astonishing element in the history of relations between the two countries is that, against a background of continual competition among politicians, Russians have always regarded British culture with a great deal of respect, even bordering on awe. That was the case in the 19th century and again in the 20th century, when books by British authors had printed millions of copies. The attraction of British culture among the Soviet and post-Soviet elite can be seen in the fact that today London is home to the largest Russian diaspora in Europe, totalling more than 300,000.

PS: why hasn't the vast respect for British culture developed over so many decades into mutual understanding between the politicians of both countries? If history is anything to go by, had there been no Litvinenko case, someone would have had to invent one.