Each Country Brings Its Own Agenda to Bali 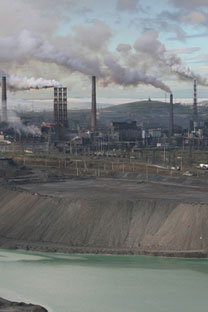 In early December, representatives of over 190 countries will gather for 10 days on the island of Bali to discuss the international community's efforts to preserve the earth's climate, in a climate change conference hosted by the government of Indonesia. The representatives of the United Nations Framework Convention on Climate Change (UNFCCC) and the Kyoto Protocol must agree on the scale of their joint efforts to stabilise and reduce the effects of global warming after 2012.

The word `must' is not just a routinely-used verb in this context. The leaders of the participating countries, governments and delegations literally have no other choice but to reach a consensus and find mutually acceptable solutions to the problem of greenhouse gas emissions. Otherwise, humankind will find itself on the verge of extinction later this century.

Charging ahead along the road of scientific research and industrial development, people, nations and governments rarely thought of the possible aftermath of the anthropogenic impact on the natural environment. Mankind lacked the necessary knowledge and vision in the era of steam boilers, while now, with nuclear reactors and oil in use, we obviously lack the willpower to limit our own selfish endeavours for the sake of future survival. Why think of the unfavourable consequences to be encountered some time in the future when one can enjoy the benefits of progress today?

It was not until the 1990s that the international community became aware of the catastrophe looming ahead and started making steps to combine efforts to curtail global climate change. The UN Framework Convention was signed in Rio de Janeiro, and the Kyoto Protocol on measures to reduce greenhouse emissions was added in 1997. Today, governments have agreed with environmentalists that global warming is a threat which can lead to major harm to human health, agriculture, the biosphere and bio-diversity, and to the economies in practically all countries regardless of their level of economic development.

The Kyoto Protocol, which, despite a number of flaws and limitations, proved that joint efforts are possible in this area, expires in 2012. The Bali conference will decide what we do next.