Putting a brake on corruption 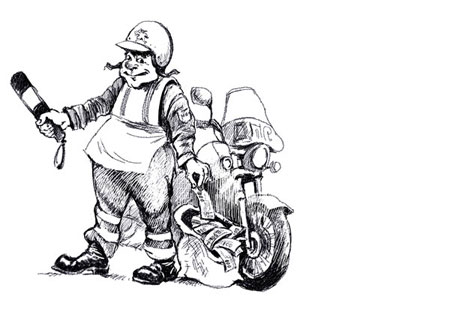 Russia placed 143, on a par with Indonesia, Gambia and Togo, in this year's survey by Transparency International. While I am skeptical about such estimates, I have to admit that the level of corruption in Russia is inadmissibly high and that there is no area of the country that is free of bribery. Meanwhile, Russia ratified the UN Convention Against Corruption earlier than many European countries, and a new package of Russian bills has even toughened its provisions.

I cannot agree with the popular assertion that bribery is rooted in Russian tradition. Officials all over the world trade power for personal benefit. Corruption scandals are rocking the United States and Italy, Germany and South Korea.... But some countries, like Denmark and Finland, cracked down on corruption earlier, and have scored many successes.

Having gone unpunished for many years in Russia, corrupt officials have become incredibly impudent. Here's a very recent example. In Novosibirsk (eastern Russia), officials were openly selling plots of land to which some citizens were officially entitled.

In order to counter corruption, we should establish a special committee, directly subordinate to the president and which would coordinate anti-corruption efforts on a national scale.

Our main task here is to deprive officials of opportunities to use their positions for private profit. We have to work out a whole package of measures - establish strict control of compliance with all anti-corruption laws, make the punishment of all bribe-takers inevitable, develop a national anti-corruption strategy and draft regional programs against corruption.

The new anti-corruption bill sets very strict standards for government employees. It suggests that they and members of their families declare their property. Another bill prohibits former officials from working for the commercial enterprises which they previously regulated. It remains to be seen how soon members of Parliament will pass this law.

As the head of the Russian Parliament Anti-corruption Committee, I have no illusions - not a single country has done away with corruption completely. But I'm sure that if the state has the political will to fight corruption and mobilize all of society for this struggle, the level of corruption in Russia may be substantially reduced in the next two years.