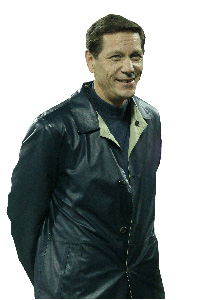 2007 has been a very successful year for the Russian economy, showing almost 7.5% growth in the first nine months. These are the highest rates ever in recent years in Russia. And, what is perhaps more important, the main components and factors of this growth have changed.

It is still claimed that the Russian economy is developing and growing thanks to high world oil and gas prices. This is misleading. To be sure, Russia is reaping great dividends from high oil prices, but two-thirds of economic growth in Russia today stems from an upsurge in internal demand, fuelled by the increasing incomes of the Russian population - and they are rising much faster than the economy in general.

True, the reverberations of the financial crisis in the United States and the rest of the world has caused some turbulence. However, it is not too great a cause of concern - in the past two months outflow of capital from Russia amounted to no more than $10 billion. In general, Russia has successfully overcome the financial crisis that overtook many countries this summer.

Perhaps it is not accidental that we have been able to achieve a high margin of safety in the economy. To begin with, we have paid back practically all of our external debts. On top of everything else, Russia's currency reserves, at over $430 billion, are now the third largest in the world. Thanks to a standing surplus, the government has been able to accumulate some very serious reserves, which would allow the state to finance all its necessary expenses for a three-year period even if oil prices dropped to one-third of their present value.

This suggests that the economy has all the conditions for investors coming to Russia to feel absolutely confident and not fear another default like the one that hit the country in the late 1990s. There is no such threat now.

We no longer consider foreign capital as a purely financial resource. Russia has a great deal of money as it is. Rather, we view foreign capital as a supplier of high technologies and, above all, up-to-date equipment. Incidentally, imports into Russia rose by about 30% in the past year, and almost half of these were of machines and equipment. That means that the Russian industry is rapidly re-equipping itself. The goal set by the Russian government is, above all, to relieve the economy of its dependence on oil, to diversify and develop high-tech sectors.

Within the reasonably foreseeable future, or in 10 or 15 years, Russia will join the world's top five most developed nations. A medium-term development program until 2020, which will be approved very soon, pursues this goal.

In the next 15 years, huge funds will be invested in infrastructure projects, particularly in roads, the energy sector, electric power generation, and the construction of sea ports and airports.

Estimates show that to ensure that Russia's infrastructure does not slow down the current high rates of economic growth, it will be necessary to invest about $1 trillion until 2020. This is a staggering sum. And Russia naturally looks forward to an increased inflow of foreign investment, while furnishing all the required mechanisms for this purpose.

It is frequently discussed in Russia whether or not restrictions on the free inflow and outflow of capital should be lifted. For a long time the country applied very strict rules to currency regulation. But after lengthy debates the government finally decided to abolish all bans and curbs.

Today capital is free to come and go. The fears of those who warned that capital would flee once the doors were flung open have not been realized. In fact, the opposite proved to be the case: capital began flowing in.

Current efforts are focused on maximizing protection of private property in Russia. Work is underway to reformulate weak corporate legislation. But in the next few years Russia will protect investors' rights and private ownership rights and have in place all the necessary corporate procedures to contribute to protecting private property.

Sochi is now very much in fashion, not only in Russia but also in the world, owing to the 2014 Winter Olympics. The forum in that city alone saw projects totalling more than $20 billion. They included both state-sponsored and completely private projects, including creating an artificial island in the Black Sea to build hotels and spas on.

Not so long ago, I visited Penza, which has no minerals, but many old factories which used to work for the Soviet-era defense industry. In the 1990s, many of these went to the wall. Penza, too, held an investment forum. And to my surprise, the region, which has a population of just a million and a half, was able to negotiate investment contracts worth more than $2 billion, including a large cement works, an oil refinery and a great number of greenhouses to grow roses. In fact, roses are already being grown in that far from mild climate - those are Dutch roses. Such seemingly exotic projects are now being realized in Russia.

Another interesting fact is that whenever foreign businesspeople are asked if they like the investment climate in Russia, those who work in the country answer "yes" twice as often as those who do not. Improving Russia's investment image in the world is a serious problem, and one which must be solved. To make judgments about business opportunities in Russia from newspaper reports and television stories is to be misled. It is necessary to see everything with your own eyes, to network with your Russian colleagues and try to start your own business.

The Russian government, local authorities and public organizations will, in turn, do everything in their power to ease the process of initiation. International exhibitions, conferences and business forums, where information is exchanged directly and freely, are of immense importance. There should be more of them, and they should be held more often.

The Russian Finance Ministry expects GDP to go up by 7.3% this year, and has reported a growth of 7.7% in the period January to August.

Foreign direct investment in the Russian economy is expected to reach $40-$50 billion in 2007, although some experts think it could soar to a record high of $70 billion. Last year FDI totalled $31 billion, or 3% of GDP.

The ministry also forecast a 14%-15% growth in consumer demand and reported an annual increase of 10% in take-home incomes over the past several years.

Alexander Zhukov, born in Moscow on June 1, 1956, graduated from the economics department of Moscow State University as a mathematician-economist in 1976 and was granted a Harvard University certificate in 1991.

Over the decade from 1981 to 1991, he worked at the Russian finance ministry's currency department where he covered the career ladder from junior economist to section chief. He was associated with Autotractoroexport as vice-president from 1991 to 1993.

Master of Sports in chess, he was elected president of the Russian chess federation in April 2003.
In 2003, Zhukov was awarded the Order of Honour "for achievements in law making and consolidation and multi-year conscientious work". Holder of the juridical prize "Themis" in the "economics and law" nomination for 2001.

Zhukov is married, has got a son.