Does Economic Growth Depend on Investment? 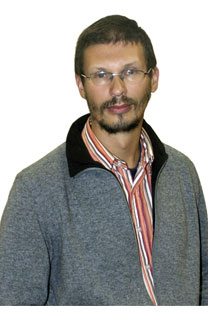 Like any other country, Russia has always needed investments, before the 1917 October revolution and after it. In fact, every economically active country is both an investor and a recipient of investment. Why, then, are some people surprised by the recent investment boom in Russia? And why has this process engendered several myths?

Let's begin with myths. The most popular myth is that investments are coming in to Russia because its economy is growing. This is a dangerous myth. Since Russia's economic growth largely depends on high fuel and energy prices, many predict that it may stop at any time, without warning, vaporizing investments.

In fact, there is no direct connection between the economic growth rate of any country and investment in it.

Rather the reverse is true - investments spur growth. If there is no detectable growth at the start of the investment period (as is possible), it means that the business of those who have invested in Russia is in no way connected with future prices of fuel and energy.

Some may justifiably say that they will have to pull their business out of Russia if oil prices fall, bringing poverty to Russians and diminishing their purchasing power. But this is merely one of a number of business risks.

Unfortunately, this myth is unconsciously perpetuated by the many officials who link the country's economic achievements with investment.

According to another myth, Russia is an investment minefield, and those who come here are opportunists playing with "surplus" funds hoping to make high profits overnight.

Why has Russia become attractive to investors?

The Soviet Union also needed investments, but could not attract them on clear-cut market terms for ideological reasons. It understood investments only as loans, and so it borrowed astronomical sums.

At the same time, the Soviet Union also acted as an investor, but not in the market meaning of the word. It made "gifts" of money to countries and regimes that supported Soviet policy. As a result, the Soviet Union helped many poor economies to their feet without reaping any reward. And when the Soviet Union collapsed, African and Asian countries stopped building communism.

Almost all press in post-Soviet Russia of the 1990s wrote that it was hungry for investments. Opportunists who expected to make a fast buck flocked to the country, expecting to spend a little and make a lot in return. Respectable investors did not venture into Russia because there were no clear rules of the investment game.

Until 1996, they were frightened off by the threat of a pseudo-communist restoration and the re-nationalization of privatized property. Russia in the 1990s had tax legislation nobody could understand, as well as sky-high corruption.

Investors did not know with whom to discuss their problems and projects in Russia. They were taken from one office to another, and each host accepted "gifts" of money in exchange for a promise of assistance. After hundreds of such meetings, the unlucky investor saw that he had not talked with the right person, nobody had explained the essence of Russian investment legislation to him, and that his success tragically depended on the personal likes and dislikes of the governor, mayor and other officials, who could be in power one day and in prison the next.

This is when Economic Development and Trade Minister German Gref entered the scene and paved the way for investments in Russia.

Interestingly, he had not worked a day in business and his university professor's manner seemed to doom him to failure.

Two things saved him. First, he did not do business in the murky 1990s, and was thus blissfully ignorant of how business was done in Russia. Secondly, he knew very well how business ought to be conducted.

He left his post last September, but not before he had developed a system for accepting money from investors. To do that, he revised legislation, abolished local regulations that differed from region to region, and established common standards understandable to everyone. He introduced a one-stop system for submitting documents, and sharply criticized those governors who forced investors to fill in more than one form.

He encountered many difficulties in his work, notably the arrest, trial and imprisonment of Mikhail Khodorkovsky, and the dismemberment of his once powerful oil company, Yukos. It made the world question whether private property was really untouchable in Russia. At the end of his term, Gref was also hit by the unpleasant affair of projects developed under production sharing agreements, which affected the interests of foreign business.

But these and other obstacles proved to be weaker than the system he created. Money flowed into Russia, which also spent money abroad. This time the money did not disappear into offshore accounts, but was spent on high-tech equipment and facilities.

Every day I see young people who are tough managers, with good foreign education and are doing quite well in the unwieldy Russian apparatus.

Many wanted to be like Gref, and many succeeded. One of his followers, whose article you can find in this issue, took Gref's place, giving us the hope that Russia will make one more political turn in its history with minor losses - including the financial.