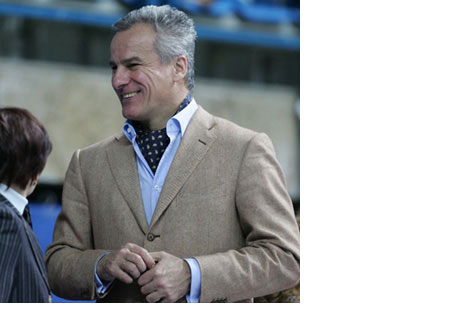 Many experts are confident that Kosovo will gain its independence before the year is out. Perhaps following the example of Kosovo the unrecognized republics of the former Soviet Union, the Corsicans, Bretons and Alsatians in France, the Flemish in Belgium, the Welsh and Scots in Britain, the Friesians in the Netherlands and Germany, and the Basques, Catalans and Galicians in Spain will become more vocal in their own demands for independence.

Kosovo is obviously the most important topic in international discussions today. It was not by chance that it topped the agenda at the Portugal summit. Yet although time is indeed pressing, there is no consensus within the EU as to how to solve the Kosovo problem.

A large group of countries believe that the Ahtisaari plan has reached the limit of what can practicably be done, and should therefore be recognized even if this has to be done unilaterally. But another group of countries fear the consequences of such a unilateral move. The Europeans are in a quandary. Their unity is being put into question.

The American thinking is that Kosovo should be declared independent without further ado - tomorrow if possible. However, there are no serious grounds for that position. Rather, it is based on a carefully laid plan prompted by a hidden agenda of the United States.

Do the Europeans need an independent Kosovo? I doubt it. After all, it is the Europeans, not those prodding Kosovo towards independence, who will have to clear up the mess. The possible consequences of Kosovo's independence have to be considered. That is the first point.

Secondly, the decision on Kosovo should not humiliate anyone. Otherwise it would be a bad decision.
Thirdly, the decision on Kosovo must be in line with the principles of international law. Though many in the EU consider the region to be unique, that is not the view shared by many unrecognized states, who have long had their own constitutions, governments and budgets.

Everybody is aware of the strong separatist sentiments in many European Union countries. It is obvious that Kosovo's independence would spur separatists to more vigorous actions.