Real Election Question No Longer "Who For?" But "What For?" 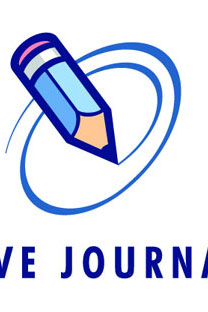 When advertising billboards are dominated by Russian flags, roaring bears and bold political statements it can only mean one thing in Russia: polling day is around the corner. And while marketing of December's State Duma elections has not yet reached the web in any significant way, comments about the elections are dominating the Russian blogosphere.

The result of the election is not in much doubt - a resounding victory for Putin's United Russia party is practically certain - but bloggers have nonetheless been busy discussing whether and why they will be voting.

Now that the opportunity to vote against all candidates no longer appears on voting forms, many cyber-writers are determined to sit on their hands in protest: "I will not go because I lost my right to vote against everyone" (madluna) and "since my constitutional right to vote against everyone was taken from me, I will not go to vote. I don't like any of the parties or candidates. It will be a waste of my valuable time" (kokota) The misleadingly named cowardly_knight took a harder line still, arguing that "the Duma has always been and remains a feeding ground for those who like commercial lawmaking and is fully controlled by the President."

The exitement of casting a vote for the fist time did, however, appear enough incentive for younger voters to exercise their democratic right. "These are the first elections in my life and I want to express my will" said aivengo_am_i. "I will express my will for everyone simultaneously, because there is no political force that I currently trust". One expat from Austria also expressed her intention to vote, claiming it would help her feel "a little part of Russia" (ekatorina)

The vast majority of Russian bloggers who plan to go to the booths on December 2 believe it would be better were there a credible challenger to the ruling United Russia party. Users like navikula claimed it to be a reason for voting in itself: "I will vote, because I don't want our country to have a one-party system". L_isa_veta took a more long-term view: "I will vote because I don't want to give my vote to the United Russia that will have a majority anyway and because if we don't to take part even in strange elections without real choice then we won't achieve anything democratic in the long run."

piki_s was driven by a desire to establish a traditional two-party system drove : "I will go and vote for the Communists, because in developed countries there are always two main parties that compete for authority and it is not important what they are called as long as they understand their dependence on the voters."

Russia's democracy is certainly unique. Bloggers had clear views on how it should change. Whether they vote or not may have some say on whether they are eventually heard.

The Russian blogosphere has almost tripled in 12 months. These summaries have been taken from recent posts on the special community set up for this newspaper, http://community.livejournal.com/opinion_ru and compiled by Marina Pustilnik