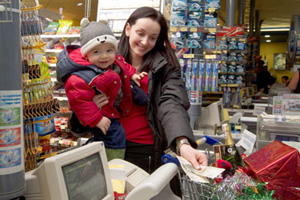 Russia will soon have a new parliament, new President and new government. In one important respect, the era Putin launched in 1999 is drawing to a close. Yet in another, Russians expect continued social progress. That will require new ideas.

Last year, Russia finally restored its GDP to pre-default levels, closing a chapter in its history. This year has seen the start of a journey into an uncertain future.

Concurrently, in recent years, policy has generally been confined to the short-term perspective, but now that is changing. Many governmental publications have started to look beyond 2009-2010, and some as far as 2020-2025. Just a couple of examples include the Ministry of Economic Development and Trade's long-term development strategy and "Coalitions for the Future", a document prepared by the Centre for the Development of Information Society (RIO Centre).

The overwhelming majority of people gauge evolution only through changes in their lifestyles. Like people everywhere else, Russians are primarily worried about prices, crime, salaries, pensions, housing, health care and education. The social make-up is very uneven, as is typical during a transition.

On this front, Russia has been experiencing a dynamic consumer boom for a number of years. Large shopping centres are being built and supermarkets have replaced small shops in most medium-sized or big cities. The middle class now accounts for nearly 20pc of the population, and the less well off are also improving their living standards, all the more so since bank loans for cars, furniture, fridges and even mobile phones are readily available.

But this glowing picture of almost European prosperity is marred by several factors. The income gap is growing. Only recently, the average income of the top 10pc of the social pyramid was 13 times higher than that of the very bottom. Now it has gone up to a factor of 15.3. Rising inflation is hitting the poor the hardest, making this picture even worse. By official estimates, last October saw the first month-to-month drop in real wages in many years.

In the past two years, social policy has been focused on the so called "national projects", which are devoted to the most burning problems of everyday life - education, health care, housing and food. Despite the initial scepticism of some experts, several billion roubles have reached universities, schools and hospitals.

But national projects alone cannot redress the situation. The government needs to carry out reforms and introduce new mechanisms of work. There are several positive examples, such as the introduction of child benefits and attempts to set up modern colleges in Krasnoyarsk and Rostov-on-Don. However, most of the budget money is spent on patching up the worst holes. This is why consumers have not seen too many changes - there are still the same queues in shabby outpatient clinics, and no free prescriptions.

Reforms need to be thoroughly prepared or they will not have the intended result. This especially applies to affordable housing - a dream for most Russian families. Mortgages were supposed to help translate this dream into reality, but inadequate housing construction, the amount of red tape involved in the registration of land plots, an insufficient engineering infrastructure and a shortage of building materials have more than doubled property prices.

As a result, the majority of families on medium incomes are still unable to buy housing.

Russia's social landscape differs dramatically from one region to another. Remote regions have seen almost no changes in the last few years and can in no way compare with Moscow, St Petersburg, Samara, Nizhny Novgorod and other cities where progress is evident.

This is why people continue to migrate to big cities, abandoning Siberia, the Far East, and the European far north.

These social aspects show that Russia is approaching another frontier. Only by crossing it will it be able to guarantee economic development for years to come. It would be naïve to hope that the current trends (most of which are positive) will help Russia tackle this major challenge.

We need fresh ideas and new approaches to guarantee the continuity of our social policy. We should not forget the main lesson of the past 15 years: to be positive, changes must combine social expectations, financial and economic realities and the enthusiastic backing of society. This is our main request to those who will soon lead Russia into the future.