What led to closures 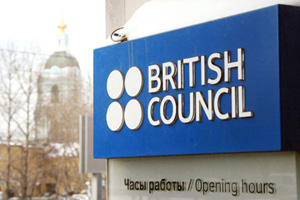 The dispute over the operationof British Council offices in Russia took many, in Russiaand Britain, by surprise. After all, the Council's purpose is "to build mutually beneficial relationships between people in the UK and other countries".So why did the Russianauthorities react as theyhave? In fact, there has beentrouble brewing for some time.RBTH exclusively publishesthe official explanation fromForeign Ministry spokesmanMikhail Kamynin.

"The problems of the British Council did not appear yesterday," explained Kamynin. "Over the past few years, Russia and Britain have been working to adjust the Council's operation to Russian legislation and to draft a relevant intergovernmental agreement. France, Germany, Spain and other Europe - an countries have long signed such agreements with Russia, and so have no problems with their cultural and information centres' operation."

When asked what provoked the latest crisis, Kamynin said: "The situation was catalysed by the unfriendly actions the UK took against Russia in the summer of 2007, accompanied by the termination
of counterterrorism contacts between their secret services, a freeze on a bilateral visa facilitation agreement, and the introduction of stricter visa procedures for Russian citizens. Russia responded by suspending work on the agreement on cultural and information centres. As a result, the Russian Foreign Ministry decided to halt the operation of several regional offices of the British Council."

The ministry spokesman recalled that the Council had been working in Russia since the early 1990s.
"Having opened its central Medveoffice in Moscow in 1992, the British Council soon set up 15 regional offices without legal registration," Kamynin said. "In violation of the relevant resolutions of the Russian government, the UK has not requested, and therefore has not been granted, Russia's permits to open regional offices.

"Acting in the spirit of goodwill, Russia put off the request that the British Council close down its regional offices until the last possible moment, because the agreement on their legal status
was being finalised at the time. But later we have registered repeated violations of Russian financial, tax and other legislation by the British Council."

The Russian Foreign Ministry has dismissed Britain's arguments regarding the legitimacy of the Council's operation based on references to the Vienna conventions on diplomatic and consular relations, because the British Council is not a diplomatic or consular agency.

Kamynin pointed out: "As for the 1994 Agreement on Cooperation in Science, Education and Culture, which Britain cites in its arguments, I would like to recall only one of its clauses which says:
`Any operation within the framework of this Agreement shall proceed in compliance with legislation and rules effective on the territory of the host country.'"

The ministry spokesman said that Russia sees the only acceptable solution to the crisis in bilateral relations: "If Britain really wants to settle the problem with the British Council in a civilised manner, it should revoke the unfriendly actions it took against Russia in the summer of 2007."

Born in Moscow on August 13, 1956.
1978 - graduated from the MGIMO Diplomatic University, Faculty of International Journalism of.

In diplomatic service from 1978.

1991-1992 - Head of the Press Secretariat of the Russian Minister of Foreign Affairs.

1997-1999 - Deputy Director of the Press and Publicity Dept at the Russian Ministry of Foreign Affairs.

2002 - Deputy Director of the First European Department at the Ministry of Foreign Affairs of Russia.

2002-2005 - Ambassador of Russia to Spain and concurrently to Andorra; and the Representative of Russia at the World Tourist Organization.

Was included in the official delegations of the USSR and Russia at a number of international forums.
A member of the Russian Union of Journalists. An Honorary Professor of the Spanish Society of International Researches.

Has the diplomatic rank of Ambassador Extraordinary and Plenipotentiary.
Speaks Spanish, English and Portuguese.
Married, with one son and one daughter.

"The offices of the British Council are not political organisations. They implemented education and culture-related programmes, operating exclusively in the humanitarian sphere. They did not harm Russia in any way. That is why I think both sides should now sit down and discuss the issue again, outside of the current political context, without emphatic judgment or ultimatums."

Alexander Brod, director of the Moscow Bureau for Human Rights

"I believe the Council did more good to Russian citizens than to Britain. It was certainly extending
British influence in the general meaning of the word, but again, Russia was the one who was really interested in its work and really benefited from it."

Sergei Markov, director of the Russian Centre of Political Studies

"Formally, the Russian officials were right: the British Council was not registered as required
by Russian law. To operate in Russia, they must first notify the Russian government, supply the
required documents and obtain a permit. They failed to do so, but no one really cared while the relations between the two countries were friendly enough. However, the situation has recently
changed. In addition, as a nongovernmental and non-profit organisation, the British Council
cannot have a diplomatic status. But the British Embassy and consulates in Russia took it under
their protection and provided it with certain exclusive rights and preferential treatment. This was
the reason for the sanctions the Russian officials applied."