KOSOVO: back to the BAD old days 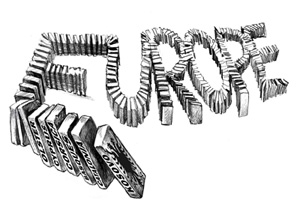 n ideal settlement of the Kosovo problem would have been a compromise. Since both Pristina and Belgrade view their future in terms of integration into the European Union, the EU had a uniquely strong hand in making both sides agree to a formula of conflict resolution. It is a sad comment on the state of the EU that it has missed that opportunity.

Meanwhile, we will have to live with the consequences of a dual failure to reach agreement. On one level, between the parties in the conflict themselves, Belgrade and Pristina; on another, between the United States and its major allies on the one hand, and Russia and China on the other.

While Kosovo is not the cause, it could become one of the symbols of new divisions at the global level. Seen from that perspective, post-Cold War accord, including 9/11, may be finally over, and a new age of great-power rivalry - an "era of competing states", to use a Chinese term - may be setting in.

Russia is unlikely to follow the US-European example and retaliate by recognising Abkhazia, South Ossetia and Transdnistria. Each of those territories declared its independence a long time ago, and has reaffirmed it in referendums ever since.

Under the peacekeeping arrangements concluded in the 1990s, Moscow treats the separatist enclaves as parties to the conflicts, on a par with the governments of Georgia and Moldova. This gives Russia broad latitude for all kinds of contacts and relationships in all spheres... political, economic, cultural, humanitarian.

The Russian leadership sincerely believes Kosovo's independence, and even more the methods used to achieve and formalise it, is a mistake (as far as the EU is concerned) and a dangerous move (on part of the United States).

Moscow can be expected to continue to strongly criticise Kosovo's independence and its international recognition. It will block Kosovo's entry into the United Nations. It will refuse to legitimise EU activities in post-independence Kosovo.

The Russian strategy will probably be to sit and watch the West act at its own peril, without a UN mandate, and face the consequences. At the same time, Moscow will seek to benefit, politically as well as economically, from being the champion of a noble cause (upholding international law) and a genuine friend of the Serbian people. February 2008 will not close the books on the Kosovo issue. Rather, it will turn a chapter in that book.

Borders have constantly changed in the past, and will continue to change in the future. The issue is not the results obtained, or even the objectives pursued, but the method used. Imposed solutions are generally less stable than negotiated ones. International law is ever-changing, as is the prevailing political philosophy.

The international community will no longer pretend it is united in its own midst. The case of Kosovo is as good a signal as any that the holiday much of the world has enjoyed since the end of the Cold War is finally over.

International politics is back, with a long train of history behind it.

Dmitri Trenin is a senior associate of the Carnegie Endowment for International Peace (Washington, DC) and director of studies at its Moscow centre.