Russia: a stable place in the world 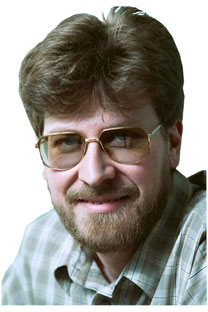 When President Vladimir Putin was giving his Munich speech a year ago, few people believed that the young, energetic and hugely popular President would comply with the constitution and leave his post. Today, we know he will. Putin's words and actions in recent months fall into a clear pattern.

At Munich Russia's second President began to put together his legacy. The finishing touches will be added in the coming months. As for foreign policy, the highlight will probably be Putin's speech at the Nato summit in Bucharest. Contrary to expectations and in spite of the delicate relationship with the alliance, the Russian leader has accepted the invitation to come to the Romanian capital.

What are the main results of the eight years of Putin's presidency?

First, Russia has dramatically strengthened its position in the world. Whatever the East and the West may feel about Russia, nobody denies that its opinion on the majority of key world policy issues cannot be ignored.

Second, Russia's perception of the world has changed. To describe Russia's current stance as anti-Western (as against the allegedly out-and-out pro-Western policy that preceded it) is obviously simplistic. The truth is that Russia's world view has become much more realistic.

The President has said over the years, and in his recent address to the State Council setting forth Russia's development strategy until 2020, that international events sometimes take a dangerous turn. The problem is not that Moscow and the Western capitals differ on some things. More importantly, the world is not evolving the way it was thought it would do 10 or 15 years ago.

The emerging world order has been described in very different ways. The very diversity of views testifies to a lack of understanding as to which way the world is moving. Instability and unpredictability create a sense of nervousness, which may lead to confrontations.

Third, throughout the last eight years Putin's Russia has sought to become integrated into the community of successful and developed countries. But the ideas regarding the forms and conditions of such integration have been changing. What Russia took in its stride in 2000 does not suit Russia in 2007. Tough rhetoric does not mean a course for isolation, but a desire to be on a par with the partners in potential bargaining. This was sometimes lost on the partners, and Moscow frequently did not bother to explain.

Has Putin been successful in his integration drive? Yes and no.

No, because Russia's integration into the leading institutions has stalled or failed to bring the desired results. The hopes entertained in 2000 about joining the WTO, attaining a new level of relations with Nato and the EU, and sealing a strategic partnership with the US have not come true.

But if one looks at the practical results, the Putin years have seen a strengthening of links. Gazprom continues to expand its presence in the European market. Leading Russian companies are gradually turning transnational. Western investors are increasingly interested in Russia in spite of the obvious obstacles. Prerequisites are created for a systemic integration, though they have yet to be institutionalised. But a qualitative upgrading of relations is inevitable.

Putin's tenure has been successful. It is not only due to the high oil and gas prices, but also because of the miscalculations of the Western powers, which cannot find answers to the multiplying challenges of the global world. Putin can be regarded as a lucky man, but he has made good use of his chances to lay the foundations of a stable place for Russia in the changing world.