Let's make the West our friend 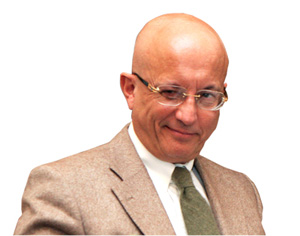 Despite a hitherto lukewarm response to its overtures, Moscow is continuing with an intensive diplomatic plan to encourage Tehran to suspend parts of its nuclear programme.

I believe Russia's foreign policy position over the last five or six years - and especially since Vladimir Putin's speech in Munich last year - has been the right one. Russia has made it very clear that it will not make any more concessions. It has stopped pretending that it was comfortable with rules of the game established when the country was extremely weak.

By last year, Russia had become a power which acted with an increasing confidence, and was accepted as such by many of its partners. Polls of international political and business elites overwhelmingly showed Russia to be the third most influential nation after the United States and China, leaving the European Union and its individual members far behind.

Russia's hereditary factors - its huge size, nuclear potential and energy resources - certainly contributed to this. But also evident has been the contribution of tough and, for the most part, skilful policy over the last few years.

First, it should remember that ostentatiously independent action is not an end in itself. There is a danger that the current trend for "constructive confrontation" may well develop into a bad habit. Indeed, there are plenty of Russians in influential positions who would happily turn the instrument into a goal; while just as many in the West have yet to fully overcome a Cold War mentality.

If the great achievement of the current administration was to restore Russia's international status, the main task facing the next Kremlin resident will be to use this position to open a new rapprochement with the West.

Russia should start by making serious attempts to restructure its relationship with the EU. Both sides will soon start sustaining losses if the current freeze in relations endures. Common challenges have not diminished. The inflamed situation in Pakistan is just one vivid illustration of this.

I hope that Russia's partners will also be willing to be accommodating. The outlook is promising: following the Lisbon agreements, Europe is finally overcoming the long-term institutional crisis that made it an ineffective partner; while in a year or two, the US will hopefully start to extract itself from the Iraqi quagmire.

The current period of confrontation will not disappear overnight. Mutual suspicion and frustration does not simply vanish. A new wave of Nato expansion, for example, would be interpreted by the Kremlin as an overtly hostile step, to which it would take reciprocal measures. It is this kind of thing that a new rapprochement should seek to avoid.

We rather stupidly missed the opportunities that opened up after the joint victory over communism and the Cold War. Our relations cooled, and we have had to adjust them over the last six years. Now a change of presidents in Russia and the United States presents an opportunity for refreshed cooperation. Russia is not going to make unilateral concessions, but it is ready for compromise and realistic cooperation. We should not miss this chance.