One man's growing passion for the land 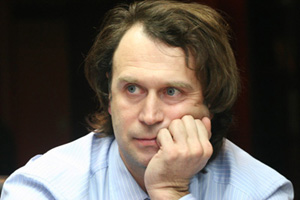 A decade ago, Sergei Lisovsky was a highly successful - and controversial - adman and showbiz manager. But then he left Moscow's highlife to invest in land and abandoned farms. Within this short time, he has turned them into prosperous agricultural operations. Lisovsky is now considered an authority on farming and is deputy chairman of the Committee on Agrarian and Food Policy in the Federation Council, the upper house of parliament.

"Russia is set to become a leading agrarian power. I spoke about it three years ago and I repeat it today," says Sergei Lisovsky, the once-powerful entertainment mogul who now devotes most of his time to horticulture.

Lisovsky believes the 15 years since the end of the Soviet Union have been a blessing in disguise. With agriculture generally neglected under avalanche of domestic problems, he argues, the country finds itself in a unique situation.

"No other country has so much arable land unspoilt by chemicals", he says.

"Russia was spared much of the chemical era and its soil has remained clean. We are among the few countries that are now in a position to grow environmentally-clean products - of course, we are not talking about small countries here because the volume of their output is insignificant."

Lisovsky also stresses the fact that, for the first time since the Soviet Union, Russia has a legal framework for agriculture. The government has also adopted a five-year programme that will finance the construction of rural roads - now practically non-existent - and fund a whole variety of rural community projects. The amounts are small considering the size of the country - a little over 100bn roubles (about $4bn) for 2008. But Lisovsky was keen to stress the importance of the move as a first step, saying: "We will revise the programme in parliament many times yet."

Russian agriculture employs at least 40pc of the population and occupies 90pc of the country's territory. This, in Lisovsky's opinion, means that the sector needs substantial government assistance. In the case of Russia, however, such help has traditionally amounted to just 1pc of budget spending, compared to the 5pc in developed countries (and up to 25pc in many developing countries).

On the other hand, many Russian businessmen who initially made their fortunes in extracting and processing industries are now beginning to realise the potential of agriculture. With them, the sector is also becoming rapidly modernised - production capacities in the active farming sector are aged between three and five years, compared with 25-30 years in Europe and 30-40 years in the US. In other words, Russia outstrips the market leaders in terms of production capacity and technology.

Predicting an "obvious" increase in the pace of growth, Lisovsky says: "If you take poultry meat, we can dispense with imports within a year. If you take pork, I think we will no longer need imports within two to three years. We are already exporting wheat." He ends with a bold prediction: "In five years' time, we will not only be able to feed ourselves but many other countries as well."