Getting ready for the hi-tech revolution 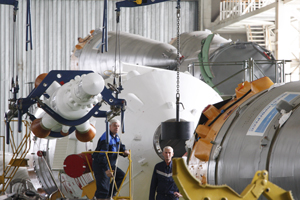 Last year, Russia's politicians declared the hi-tech industry to be the future of Russia. Next month, the Russian Academy of Sciences will announce plans to allocate the bulk of seats to the recently established Department of Nano- and Information Technologies.

Moscow State University, the largest in the country, will also offer a master's degree in nanotechnologies. Perhaps the prime advocate of nanotechnologies is Sergei Ivanov, deputy prime minister of Russia and one-time presidential hopeful.

At present, hi-tech accounts for a mere 3pc of Russia's GDP, compared with more than 60pc in Japan. However, according to the ambitious proposals of the Ministry of Economic Development and Trade, Russia will increase output of this sector to double that of the oil and gas sector by 2020. If so, export of nanotechnologies would earn the country $100bn per year.

Russians take a long time to get started, but once they do they can move really fast. Today Russia is lagging behind the leading economies in the sphere of nanotechnologies. Seeking to bridge the gap, the country has adopted development strategies for civilian marine technology for 2009-2016, for shipbuilding until 2020, and for helicopter manufacture until 2015 (the latter should have 15pc of the world's market). Each strategy spotlights the use of breakthrough technologies. Major funds have been allocated for these programmes, thanks largely to huge oil revenues.

The government hopes that business will help it implement these strategies.

Andrei Fursenko, education and sciences minister, said: "The government's interference in economic matters will be minimal. The state will pay for fundamental research, and the rest will be financed by private business."

However, the state also plans to play a key role in all segments of nanotechnologies. It has allocated 130bn roubles ($5.5bn) for the state corporation Russian Technology (Rostekhnologii). Its goal is to become a global leader in nanotechnologies by ensuring Russia's major contribution to the stock of fundamental knowledge, winning the leading positions in the international markets of nanotechnologies, and creating a global floor in Russia for discussing research, technological, environmental and investment problems of the nanoindustry.

At the start of 2008, only 75 Russian companies produced goods based on nanotechnologies totalling 7bn roubles ($300m). But the government programme of developing nanoindustry until 2015 stipulates a major increase in research and production, so that Russia occupies at least 3pc of the global nanotechnology market, which is expected to exceed $1.2-$1.5 trillion by the deadline.

This is possible, considering the super-creativity of Russian scientists and engineers. But what the country lacks is the requisite material, technical infrastructure and management capable of turning scientific achievements into a commercial success.

Russia has made great progress in nano equipment, since Russian engineers have always been good at designing simple but highly effective equipment.

Russia's scanning probe microscopes are exported to the European Union, where they make up 14pc of the market, Asia 9pc and Israel 35pc. But such examples are too few.

Andrei Lipanov, director of the Institute of Applied Mechanics at the Urals branch of the Russian Academy of Sciences, Izhevsk, said: "If a technology park were set up at the institute to take our research in water-based fuel cell systems to a design level, we would be above competition in the segment."

As of now, the super-thin film based on gallium arsenide is used to cover a bottom layer of silicon to produce solar batteries with the highest efficiency (35-40pc).

The Siberian branch of the Russian Academy of Sciences has designed technology for producing nano-structured solar elements, whose hypothetical efficiency is 44pc, based on crystalline silicon, which is much cheaper than gallium.

But there is no time or money to apply this technology in practice.