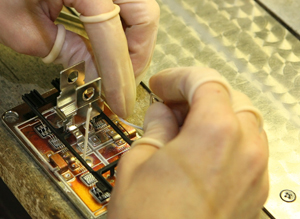 Bloggers on nanotechnology aware that the golden period of high energy prices cannot last forever, the russian government has sought to diversify industry and boost investment. One of the key directions they have chosen is the development of nanotechnology. the russian blogosphere gave its reaction to this key government programme.


Russian bloggers, it transpires, are as sceptical as they are technologically literate. Blogger barkowitch kicked off the debate by declaring: "Nanotechnology is an illusion, a dream - it reminds me of 1920s when the scientists discovered the functions of the thyroid gland. Doctors talked about immortality, while rejuvenation was implicitly implied. Later, of course, all of this talk died down. Exactly the same will come of nanotechnology." Other commentators took a different route, suggesting that Russia's current strengths will limit its future success. According to repace, nanotechnology in Russia is doomed because Russia's ample reserves of precious metals, oil and gas hinder the "intensity of the nanofication process" and its quality. Concerns about corruption were also rarely far from view. According to shao_s, "nanotechnologies are a way of sequestering money from the Russian budget" while xo66bit was even more cynical, arguing "nanotechnologies in Russia are an uncontrolled way of spending state money. Everyone knows that if the state are involved, nano projects will bring nanoresults." Perhaps the most long-term view came from edwardco, a scientist himself: "Any physician familiar with genetics and DNA replication will understand the core of nanotechnology. Any specific process can be learned later. Molecular and nuclear physics and chemistry have been known for a long time. Nanotechnologies could have been used 100 years ago, but it was difficult to develop processes to create the necessary material then. Now we lack the experience, but this can be decided in the near future."


The Russian blogosphere has almost tripled in 12 months. These summaries have been taken from recent posts
on the special community set up for this newspaper,
http://community.livejournal.com/opinion_ru,
and compiled by Marina Pustilnik.