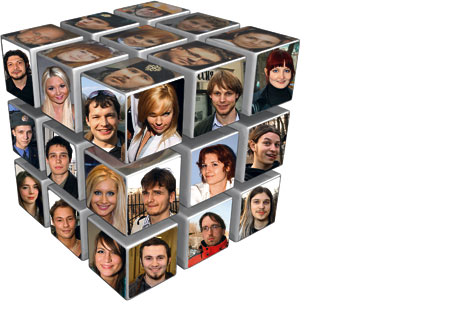 Unprecedented economic and political stability mean Russia's youngsters have never had it so good. But how do they see their situation? Dmitry Polikanov, member of the Academic Council of the polling company VTsIOM, says their lifeviews differ from previous generations in several important ways.

Over the last few years, our research is pretty clear: the one area of life that most occupies contemporary Russian youth is financial well-being.

Putin's youth seem to view wealth as even more important than did the previous generation; a generation that matured in the less auspicious conditions of Yeltsin's Russia. Putin's children, 18-24 at the time of polling, considered wealth (62pc), family (58pc), children (45pc), career (37pc) and a good education (21pc) as key goals. The answers of those aged 25-34 sees wealth, family and children grouped around a similar range.

In apparent contradiction to the belief that young people are more ethically disposed than their elders, Putin's children are also more prepared to jettison existing moral principles (62pc) to achieve success, a view shared by only 50pc of those from the older group.

Young people would seem to show only a slightly less interest in politics than other age groups. For instance, 55pc of young respondents say that they have not taken part in any public action in the last two or three years, as opposed to 47pc for Russians as a whole. Sixty-two pc say they have no interest in politics, compared with 50pc for the general population. The most common political activity is voting, although young people vote in numbers 5-10pc lower than for the population at large. Thirty-seven pc say they discuss politics.

As for their place on the political spectrum, this newer generation would appear to be located somewhat to the liberal Right. Twenty-four pc to 25pc of respondents in this age group favour the free market and political democracy, while 21-28pc stress the importance of social justice.

Like most the population, Putin's youth aren't looking for a democratic "revolution", and don't place much stake in the concept of a Western democratic model. As a result, the number of those who favour radical reforms is about even with those who favour stability and evolution. Likewise, 40-45pc of today's youth express support for United Russia and other bodies associated with the government. Unlike many liberals' expectations in the 1990s, the new generation is mostly loyal to the authorities and reluctant to support the opposition in any form.

If we were to generalise, we would probably conclude that Putin's youngsters overwhelmingly prefer non-politicised, informal mechanisms and associations when it comes to self-expression. This accounts for the continuing popularity of flash mobs in Russia, which represent a powerful mobilisation tool, as well as for growing interest in various historical and literary societies such as fans of Lord of the Rings or Harry Potter. Religion is not a strong underpinning for social activities, but most young respondents view religion as a national tradition (38-42pc) or as a part of world culture (26-27pc).

A feature of the poll is that many young Russians demonstrate almost Protestant attitudes when discussing religion by emphasising aspects such as personal salvation and communication with God (17-24pc) or morality (19-22pc), instead of the usual Orthodox emphasis on church life and observance of religious customs (7-10pc).

Indeed, rather than through religion, Putin's youngsters are much more likely to identify their spirituality through their country. One recurring idea is the return of Russia as a great power, and 52-55pc of young people identify it as a concept capable of uniting the entire nation. At an extreme, only 1-2pc sympathise with neo-Nazi or National Bolshevik movements, though 9pc are inclined to agree with banners such as "Russia for the Russians". It would seem fair to say that nationalism holds little interest for the vast majority of Russian youth.

In summary, Putin's youngsters are more individualistic, less romantic, more pragmatic and more focused on achieving personal success. But their love for family and their desire that Russia be respected are in many respects similar to those of previous generations.