A game that can never produce a winner 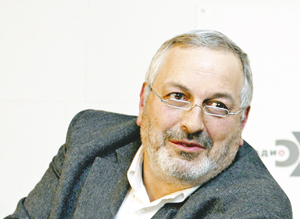 Relations between Russia and the UK are going through difficult times - probably the most difficult since 1945. Not a day seems to pass without some British newspaper referring to the "horrors" of the Putin regime, while Russian troublemakers are no less adept at writing about the "malignancy" of the British authorities. Whatever happens, this is a game where there can be no winner.

The degeneration of UK-Russian relations began with the murder of Alexander Litvinenko. With each side believing that the truth was solely on its side, Moscow and London suddenly fell deaf to each other's arguments.

Russia - where the cost of a human life has been regrettably small since the tsarist times - could not understand why the British raised such a fuss over the death of one man. Britain, meanwhile, claimed the Russians were simply hiding behind a flimsy constitution in order to prevent the fair trial of suspected criminals and their patrons.

It was clear from the start that neither side would change its position. Knowing this, politicians on both sides should have calmed down and started to search for compromise. After all, bilateral relations are at any moment ridden with minor and not-so-minor problems, which can be either exaggerated or brushed under the carpet depending on whether conflict or reconciliation is the more important.

In making its choice between conflict and reconciliation, Russia is primarily guided by internal considerations. A good illustration of this point is an episode in March, when the Moscow offices of TNK-BP and BP Trading were raided. Two employees were arrested on suspicion of industrial espionage and 148 BP employees recalled because of visa problems.

Britain qualified these moves as overtly hostile. Revealingly, though, those Britons who had worked in Moscow for some time had a much calmer reaction. TNK-BP executives, for example, announced their readiness to cooperate with the investigators, while the majority of BP employees with visa problems told local press they would have preferred to remain in Russia until the conflict was resolved.

The outwardly calm behaviour of the local workers compared to the UK press was in the main because they better understand Russian reality than those back in Britain. They understood that the Russian public is used to directing their anger for almost everything to foreign "enemies". When, over the last few years, Moscow has frequently lashed out at the United States, Britain, Nato and/or the European Union, this has only sometimes been with good reason. Generally, it has been when Moscow wanted to divert public attention from something else.

With the coming of Dmitry Medvedev, however, there are new dimensions. No matter how much has been said about continuity, it is clear that Putin chose Medvedev knowing this would mean a change of course. The most obvious conclusion we can make is that Putin felt that it was time to shift the emphasis from the power-oriented policy of past four years to the more liberal course personified by Medvedev.

This has a direct bearing on Russian-British relations. Indeed, recently Medvedev himself spoke about the priority of normalising them. It is to be hoped that this new dialogue will mark the end of pointless trading of ultimatums, and the beginning of a new era, where we both try to hear and understand each other better. If this is done, the rest will right itself. -