The unique series is 75 years old 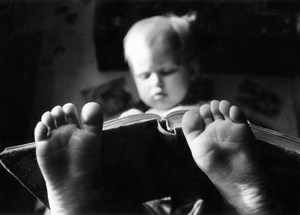 "Lives of Great People" is the oldest and longest running Russian book series. It was founded in 1890 by educator and publisher Florenty Pavlenkov (1839-1900) as Russia's first collection of biographies. Writer Maxim Gorky (1868-1936) resumed the project in 1933, and the series got another lease on life several years later. The most important aspect about the "Lives of Great People" series is not so much the large number of persons it documents, as the excitement it brings to the genre of biographies. It boasts works of solid scholarship, such as the biography of Homer by Alexei Losev, a philosopher and classical scholar. It also includes such books as "The Life of Monsieur de Moliere," a novel by Mikhail Bulgakov, one of the most brilliant Russian writers of the 20th century. In 2001, to celebrate the release of the 1,000th volume, exhibitions were held at the State Duma and the Presidential Library in the Kremlin. All together, over 100 million copies of "Lives of Great People" have been published so far, and include great Americans like Benjamin Franklin, George Washington and Edgar Allan Poe.