The Difficulties of Translation 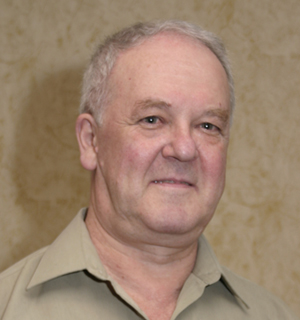 Born in 1950, Victor Veber is one of the prominent Russian translators of modern British and American literature. Among the works he has translated are over 400 novels and stories of American, Australian and English writers. These include John Dos Passos, F. Scott Fitzgerald, Frederick Forsyth, Graham Green, Stephen King, Somerset Maugham, Alan A. Milne, John B. Priestly, Mario Puso, Irwin Shaw, Morris West. He is currently translating "Duma Key," Stephen King's latest novel.

To me, writing a column is a challenge. Writing is not my thing. Writing is for writers, and translators translate. One cannot confuse these two forms of art.

In fact, I believe that a writer cannot make a good translator (admittedly, there are the rare exceptions to this rule). Any writer is convinced that he can write better than other writers. And, if he starts translating, he tends to somewhat rewrite the original text. As a fellow translator once said, "We want to be creative, but we don't know what to say." That does not mean that the translator's work is not creative. It is simply that the translator's creativity is of a different kind: he has to convey the work written in one language into another.

In doing so, he should try to keep a low profile, so that A. A. Milne or Stephen King sound in Russian exactly as they sound in English. It always makes me happy when a book review admires the writer's skill without mentioning the translator because it means that the translator's main aim has been achieved: the writer speaks Russian through his translation.

Such success is not easy to achieve; many hurdles have to be cleared to achieve such results.

The Bible is one point of contention for Russian translators. Many Western readers are familiar enough with the Bible to identify biblical allusions. This is not the case in Russia. For 70 years the Bible was not only banned, it simply did not exist. The USSR was dominated by atheism. It was drummed into people's heads from early childhood that there is no God, never has been and never will be. As a result, few people, even among translators and writers, have knowledge of the Bible. Therefore, Biblical allusions do not resonate with Russians readers.

For example, in Stephen King's saga "The Dark Tower," the hero, Roland, comes from Gilead. The Western reader will recognize Gilead as a biblical city, so for him the saga is clearly anchored in human history. That seems simple enough, except that in the Russian translation of the Bible, Gilead is called Galaad. The translator of the first three volumes of The Dark Tower did not have the vaguest idea about the link between the Bible and Gilead, and just simply transliterated the name. As a result, the Russian translation of the saga has no hint of being connected with human history, and this omission is a loss to the book's reader.

The culture of Bible reading has been lost in Russia. Literary quotations from the Bible are very common in Western literature. If the author writes "no good can come out of Nazareth," the Western reader knows at once that he is referring to the birth of Christ and the phrase transforms itself into the proverb "No one is a prophet in his own land." The Russian translator has to provide a footnote to the phrase "No good can come out of Nazareth."

In contrast, both translators and readers in Russia are on much stronger ground when it comes to ancient Greek mythology and literature. Zeus and Gaia, Deucalion and Persephone, Aeschylus and Aristophanes (all the big names of Greek mythology) Russians are familiar with who they are and what they are famous for. It is cultural differences like this that make my job challenging but fascinating.