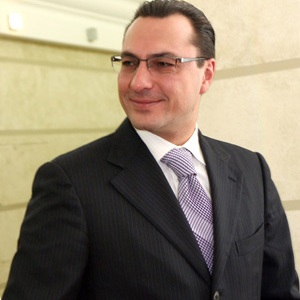 Igor Vdovin, a leading Russian expert on the economic strategies of public-private partnership (PPP), talks with Alexander Kidenis of RBTH about the need for foreign investment in Russia's high-tech sectors.

The state holds controlling stakes in some economic sectors, but is also spotlighting the development of public-private partnership. Why?

The preservation of the current economy based on hydrocarbon exports will slow down economic growth to 5 percent in the next three years and to 4 or 3 percent after 2010. This is a high rate for industrialized countries, but not enough for an emerging economy, especially one that needs to overhaul and modernize its infrastructure.

This modernization should be a priority for the state.

By the late 19th century the United States had the world's longest railways because private companies built them in unpopulated territories.

Giant infrastructure projects such as the Suez Canal and the Channel Tunnel were also built by public-private partnerships.

Russia is mainly using PPPs for major infrastructure projects. Why not in other sectors?

Many of the projects are in Russia's regions, where investors were not welcomed in the past. Just a few years ago, regional officials viewed foreign investors as intruders, not as guests.

Fortunately, that attitude has now changed, thanks to a wise regional policy and the efforts of big business and foreign companies. Public-private partnership is a vital element of the new mentality, with Russia not just waiting for investors, but also ready to share investment risks with them, build the requisite infrastructure, and in general help investors on the regional as well as the national level.

The Federal Bank for Development and Foreign Trade was set up in 2007 to finance investment projects in priority areas and to attract foreign investment. Apart from federal development institutions, local public-private partnership organizations are being established in the regions.

In particular, regional investment funds have been established on a mixture of private investment and allocations from regional budgets.

Corporations for regional development and special developer companies for the implementation of interregional projects have also been set up.

Will the state finance only Russian business projects, or can foreign companies hope to take part in public-private projects with state assistance in Russia?

Russia badly needs cutting-edge foreign technologies in transport, power generation, timber processing, and utilities infrastructure, as well as the innovation-based sectors. The country needs renewal in every sector and industry, and the new generation of pragmatic officials is aware of this. Russia now has the money to invest in these projects, yet less than 20 public-private partnership projects are proposed each year.

There are many reasons for this, including a distorted image of Russia's investment climate. Annual polls of foreign investors, conducted by the Consultative Council on Foreign Investment, show that as much as 60 percent of potential investors view Russia's investment climate as unfavorable. But more than 80 percent of those who have invested money in Russia are happy with their decision and its results.

What do foreign investors need to succeed in Russia and benefit from the advantages offered by public-private partnership?

Above all, investors need reliable information, especially concerning the authorities. This is why the Russian Union of Industrialists and Entrepreneurs is compiling a national register of public-private partnership projects. It will increase the transparency of project implementation and the availability of information to the companies concerned, accumulate information about business success stories and therefore promote Russian public-private institutions and projects.

The Southern Federal District was recently surveyed for investment requirements. It turned out that labor productivity in such traditionally strong sectors as agriculture, transport, construction, industry and trade is between 7 percent and 23 percent of the average labor productivity in Europe.

This is where foreign companies should apply money, technologies and managerial skills. This will bring them good revenues and be a catalyst for Russia's innovation-based development. -


Igor Vdovin, born in 1964, JD, professor at the Higher School of Economics, chair of the Theory and Practice of Private-Public Relations; board chairman of the National Agency for Direct Investment set up in 2001 to promote business and investments by Russian and foreign companies in Russian regions and industries; co-chairman of the committee for public-private partnership and investment policy at the Russian Union of Industrialists and Entrepreneurs (RUIE)