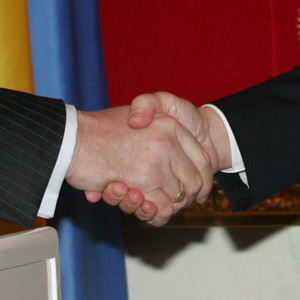 Today, Russia is fully capable of adopting a modern global and long-term foreign policy strategy. It has enough material and intellectual resources, useful experience from the 1990s, rather large diasporas in many countries, and strong developing businesses. It also has a young, well-educated and energetic leader.

In the past, when Russia was weak and lacked confidence, many of its phobias could be explained and even justified. Fear of velvet revolutions, suspicions about Western sinister plans, and grievances against former allies and satellites rushing to NATO and the EU were manifestations of Russia's inferiority complex.

But now its economy is on the upsurge, the middle class is growing, and the years of poverty, confusion and humiliation are being relegated to the past. Shouldn't Russia part with its teenage complexes and start the adult life of a great power?

To begin with, the Kremlin should not base its new foreign policy on a negative attitude. Moscow should say no to NATO's expansion, U.S. missiles in Europe, Kosovo's independence, the European Energy Charter, Iraq's occupation, threats to Iran and many other things that it finds unsuitable.

Russia also needs a positive agenda and new major initiatives that would match its increased potential.

A great power cannot reduce its foreign policy to opportunistic attitudes and responses to challenges or opportunities. Strategy implies long-term goals. But does Russia have such goals?

Isolationism is not befitting of a great power. It only appears that Russia does not need anyone; that it can buy everything with petrodollars; that it should not rush into the WTO, or hasten to sign a new agreement with the EU; that it can limit itself to endless summits and formal declarations; that the main aim is to conduct a clever PR campaign on improving its image abroad. The new stage of socio-economic development which Russia is entering requires an entirely new level of integration in the world community.

Needless to say, it will not be easy to upgrade Russian foreign policy. The president's personal diplomatic victories should be backed by a new level of interdepartmental cooperation, involvement of the expert community and formation of modern mechanisms for the interaction between the government, business and civil society. We need a critical analysis of the outstanding problems that have complicated world relations in the last few years.

So, what are we waiting for? -