The long road to Luzhniki 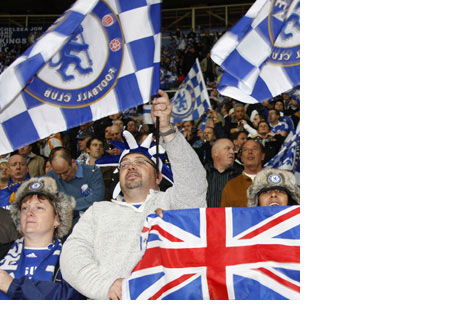 This month's Champions League football final in Moscow was the subject of much discussion in Russia long before England's finest took to the stage. Preparations had taken two years, and involved upgrading work to the refurbished Luzhniki Stadium, which now has a five-star UEFA status, with a rebuilt press centre, new scoreboards and turnstiles, and an extra VIP stand.

There was also a large overrun on the initial estimate of the final costs of somewhere between £2.1m and £3.5m (the exact figure is not known). "The shortfall was met by both the Moscow city and the federal budget, because the event is on the calendar of international sporting competitions in Russia," explained Svetlana Mironova, financial director of the Russian Football Union. Mironova revealed that the RFU had also put up a part of the funds, roughly 60m roubles (£1.2m). This contribution was earmarked for security expenses, customs payments, stadium equipment and information support.

It was always unlikely the final would turn a profit. Though the city was due some tax income from hoteliers and restaurateurs, the revenues from advertising, TV, sponsorship contracts, and 80pc of the gate receipts were reserved for UEFA. The Russian authorities got 20pc of the gate receipts (about £700,000) and a bonus of £1.2m from UEFA.

Many Russian fans were unhappy, believing that the international prestige connected with hosting a Champions League final was perhaps not worth the expense.

Several months before the final it also became clear that only a lucky few among the locals would be able to get into Luzhniki. UEFA abolished the traditional quota of 11,000 seats reserved for the hosts and distributed the tickets through an electronic lottery.

The RFU asked fans for understanding. "Our quota of 1,500 seats was immediately taken by the Moscow Government, the RFU and our partners," said RFU President Vitaly Mutko. "Russian citizens got half of the computer lottery tickets. Which means that our fans at that match numbered just 7,000. We hope fans understand that we needed the match to give a boost to football and to the country's prestige. It is wrong to think that if the final takes place in Moscow all the seats should go to Moscow."

When it became clear who would be playing, Russian fans' disappointment multiplied. Chelsea and Manchester United are among the most popular foreign teams in Russia. The Russian link to Chelsea is transparent, while attachment to the highly adventurous Manchester United would have assured the Red Devils had wide support even without British fans.

British fans were also left unhappy. Although the Russian government was allowing ticket-holders entry without a visa, it was difficult to buy flight tickets and find an affordable hotel in far-from-cheap Moscow. Panic demand sent prices soaring.

This is not unusual at high-profile sporting events: hotels in Austrian and Swiss cities hosting the Euro 2008 championship were booked six months in advance of the tournament, and cheap air tickets were unavailable a couple of months before the first match. But the Moscow situation seemed to have gone to the extreme. Time will tell if the expense on either side was justified. -

Brits invade Russian capital
They came to Moscow to watch the UEFA Champions League final, but also to see the Russian capital. In this sense the Muscovites had the better deal - they did not have to go anywhere to look at the British.

In the evening of May 20 and on May 21, the Moscow metro and Red Square were filled with British crowds, who later packed beerhouses and souvenir stalls. There were burly mature men, skinny intellectual types, entire families and girls clutching at their boyfriends' elbows. But for their scarves, team emblems and fur hats studded with badges they might have passed for ordinary Muscovites. Mindful of stories about rowdy British fans, locals kept their fingers crossed, but on May 22 Moscow media reported no serious incidents during or after the match. No arrests were made among the British fans who had come to Moscow, police said.

The final at Luzhniki was watched by 65,000, of whom 42,000 had come from Britain. Security personnel numbering 15,000 - police and Interior Ministry troops - were deployed. The high security remained in force until the evening of Friday May 23.