The market is much higher than many in the West perceive 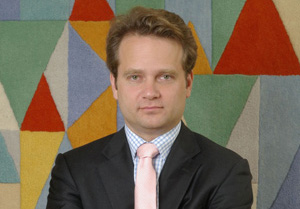 Since 1996, when the company I run began investing in Russia, the RTS index of leading shares has grown at an annual average of 24pc. In the same period, America's S&P500 index managed only a 6.5pc average annual return.

During the recent financial angst, Russian shares have done particularly well. Since the "sub-prime" crisis emerged last August, the RTS has risen by 17pc.

In contrast, US stocks have fallen 7pc, with Chinese shares 22pc down.

But despite this robust performance, the Russian market remains starkly under-valued. Given the extent to which both the economy and Russian companies have progressed in recent years, assets are incredibly cheap.

One reason is that Western pundits are unrelentingly critical of Russia. Key advances in policy and corporate governance receive little international coverage.

So the vast majority of overseas investors - clinging to the old Cold War clichés - remain stubbornly, and unjustifiably, gloomy about Russia. And that keeps valuations below where they should "fundamentally" be.

Over the last decade, Russia has transformed itself from a post-Soviet "basket case" into an "emerging giant".

Investors know Russia is growing, but few have grasped the extent of this growth - and its spread beyond oil and gas. The domestic economy is booming - with construction growing by 15pc last year and retail sales up 14pc. The energy sector, in contrast, grew by less than 2pc last year. So the share of GDP accounted for by oil and gas, currently 25pc, is falling fast.

This "broader growth" is a crucial "source of value" in Russia's stock market today. For instance, with real wages up 13-fold since 1998, Russia will soon become Europe's biggest retail market.

One company benefiting from this is Magnit - the second-largest food retailer. Having opened with a single store in 1998, the company now has 2,200 outlets across the country.

Magnit has just unveiled a 77pc rise in annual earning and has more than 30 hypermarkets under construction - so there's much more to come.

Yet while US stocks have an average price-earnings ratio of more than 20, Magnit's P/E is set to tumble to less than 10.

Given its superb management and exposure to Russia's fast-growing regions, I'd argue that's a serious under-valuation.

As well as "broadening", Russia's growth is also becoming "deeper" - another important "source of value". Domestic investment is expanding at more than 20pc a year as capital pours into an array of sectors, from road-building and power-generation to healthcare and education.

As the government rolls out a massive $1,000bn infrastructure programme, Mostotrest is set for similar growth in 2008. But it still as a P/E of less than 7 - which, again, looks very cheap.

Russia's economy is now benefiting from a "virtuous circle".

Higher investment is driving up labour demand and wages, so boosting household spending power. That's fuelling the retail boom - which, in turn, feeds back into more investment in infrastructure, services and real estate.

But while future share prices will be supported by economic growth in general, I'd say that an even more significant "source of value" is the rapid improvement in Russian productivity.

Over the last 10 years, as the corporate landscape has changed, Russia has registered average annual productivity rises of 10pc. These huge increases, unprecedented in any major economy, have already delivered serious shareholder benefits. But there's still a long way to go.

Take the automotive company Gaz - a former Soviet monolith that has now been entirely restructured. The company has cut its workforce by half, revolutionised quality and doubled production. The resulting massive productivity gains helped deliver revenues of $6bn in 2007, up 33pc on the year before.

Yet still, Gaz has a P/E ratio of only 6.4 - a chronic under-valuation.

Another important value-source is "sector consolidation". Less than 20 years on from the "factory-by-factory" privatisation that followed the collapse of Communism, parts of Russia's economy remain fragmented.

The consolidation of the oil, telecom and brewing sectors has already delivered huge shareholder returns. Yet in the retail, power, engineering and infrastructure sectors, this process is still in its early stages.

In terms of other "sources of value", Russia is clearly an emerging energy super-power - given its world-class oil and gas reserves. But the country boasts other natural resources - such as its vast timber and water resources - often overlooked by investors.

Russia's arable land, also, were it to be used efficiently, could feed a billion people - a sixth of the world's population. Yet these agricultural assets also remain under-utilised and under-valued.

And perhaps Russia's most important "source of value", again often overlooked, is its highly-educated population - with its particular expertise in science and technology, the precise areas that will drive future global growth.

Over the last decade, Russia has achieved one of the most incredible economic turnarounds in history.

Now that roller-coaster ride is over, the next step is continued fast expansion as the demand for its products and resources continues to grow.

That's why I predict many Russian companies will enjoy radically higher earnings over the next few years, as productivity gains combine with growth to generate greater profits. Yet current stock prices barely capture these numerous "sources of value".

The Russian market as a whole has an average P/E ratio of less than 10, compared to 25-30 in both India and China - making it easily the most-under-valued of the major emerging markets. And that's why I strongly believe the RTS index is set for a considerable and dramatic upward re-rating in the months and years to come. -

Mattias Westman is chief executive and co-founder of Prosperity Capital Management.
Born in Stockholm on February 5, 1966, he graduated with a Masters from the Stockholm School of Economics. He co-founded Prosperity Capital Management in 1996, now the largest asset manager operating in Russia, controlling investments worth more than $5bn. A Russian speaker, he lived in Moscow with his wife and three children for seven years when setting up the company. Prior to PCM, Westman set up the Russian desk at Alfred Berg, a Swedish investment bank.