We will be market number one 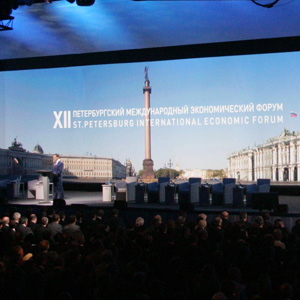 According to the survey of more than 50 chief executives and board members at companies doing or considering doing business in Russia, the overall situation in the country will improve over the years to come, with a positive impact on foreign direct investment (FDI).
Political stability is in place for the foreseeable future, and the current power system will be effective.
The survey was commissioned by the Foreign Investment Advisory Council, a body chaired by the Prime Minister and established in 1994 by the Russian government and businesses to improve the country's investment climate.
Senior business executives have a rather positive impression of the Russian investment climate.

Those who took part in the study say that Russia has achieved a great deal, though more needs to be done. The survey's main conclusion is that investors see excellent prospects for their business in Russia.

Investors were most worried about corruption, insufficient legislative transparency, administrative barriers and a lack of judicial independence.

Several executives said they were "very" or "extremely" concerned about worsening infrastructure. Other problems included political interference, lack of skilled staff, and the complexity of the tax system.

In general, foreign investors feel that the risks associated with operating on the Russian market were lower than those they anticipated when they entered it. Russia's return on investment is higher than in other developing countries, and in fact much higher when one discounts the investments in the resource-based sector, whose returns are negatively impacted by very high tax rates.

A very strong majority of respondents believe that Russia will be more stable (61pc) or as stable (31pc) as it is today.

At the end of 2007, Russia's cumulative volume of FDI amounted to US$103bn (according to Rosstat data). Last year Russia received US$27.8bn in FDI, twice that of the previous year. In just a few years, Russia has become one of the largest recipients of FDI. Foreign investment goes predominantly into the commodity extraction sector. Between 2004 and 2007, FDI in the resource-based sector was US$26.4bn, or 40pc of the aggregate inflow in the same period.