The system is in place to help growth 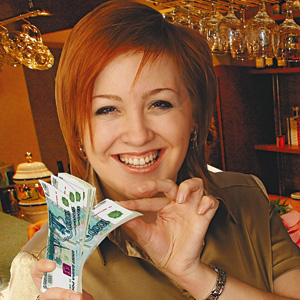 The potential of small businesses, which contribute as much as 60pc of GDP in the United States, had been overlooked in Russia until several months ago, when top-level decisions were made to provide state assistance to small and medium-size enterprises (SME), and to lessen the bureaucratic, tax and financial burden on them.

The problems facing SMEs in Russia were also discussed at the recent 12th International Economic Forum in St Petersburg. After debates that sometimes became quite fierce, the delegates agreed that injustices hindering SME development must be remedied.

Sergei Borisov, head of the Opora union of Russian SMEs, who chaired the round-table discussion, talked about acute problems affecting the Russian economy and the world, including the global food crisis.

The rise in global food prices is becoming alarming, he said, adding that Russia, which has vast farming areas, would only be able to help if it boosted its own agriculture. So far, the national agriculture strategy has focused on large agribusinesses.

Russian businessmen also think SMEs could encourage innovation, but only if given broader access to projects and loan funds. Participants in the round-table discussion said proper SME development would encourage an exponential growth of investment.

They have not proposed new formulas for developing the required environment, saying that available methods were enough and should be applied in everyday practice.

One possibility is to set up technology parks for small businesses near giant industrial estates, so that large companies would give contracts to SMEs. It is not clear, though, why this perfectly logical and practical scheme is not working in Russia.

However, the general situation in the country seems to be improving. Borisov said he met Leonid Melamed, chairman of the state-owned Nanotechnologies Corporation, and they had shaken hands on a deal after discussing the problem before the round table.

Businessmen said the government's SME strategy was quite realistic. Under the strategy SMEs should increase contribution to GDP from the current 13pc to 50pc by 2020 and employ 60-70pc of the economically active population. To do so, their number should increase considerably. They should accelerate their annual growth rate from 5pc to at least 15pc.