Lifestyle
RBTH
Based on publications from The Moscow Times and Gazeta 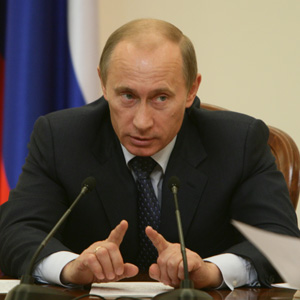 "We welcome foreign investment and will support this process in the future in every possible way," Putin said. "Essentially, that's what the law is all about." He added that every developed country had similar legislation.

The law on foreign investment did not start off well. The list of strategic sectors has been expanded and reduced several times, and attracted criticism from Brussels and Washington. Putin said in the State Duma, the lower house of Russia's parliament, on May 8 that the law was aimed at fighting the restrictions imposed on Russian companies abroad.

At the same meeting, he called on the Industry and Trade Ministry to propose the composition of the governmental commission charged with reviewing prospective investments. Putin, who will head the commission, will have a final say on access of foreign investors.

The government will also use this instrument to promote Russian companies abroad. Restricting foreign investors' access to strategic sectors in Russia is a symmetrical response to the problems Russian businesses face abroad. Foreign investors who lobby for the interests of Russian colleagues in their countries will be granted privileges.

After the meeting, deputy PM and Finance Minister Alexei Kudrin described the law as the result of a "political consensus", but said he had hoped the list of sectors described as strategic would contain fewer industries.

Kudrin, one of a few economic liberals within the government, long opposed the law, but said it should be given a chance. "If society, the State Duma and the Federation Council agreed on it, then let it operate. We will see how it works and, possibly, amend it."

Konstantin Simonov, director general of Russia's National Energy Security Fund, said: "The problem of foreigners' access to strategic sectors has become acute. We know that the value of reserves has increased hugely in the past few years. The hunger for resources has grown, spreading to energy and other spheres. Just look at the growth in prices of basic raw materials, including foods. The situation must be regulated, and the government's solution to the problem is quite reasonable. Foreigners have been given one authority in the form of a commission headed by the Prime Minister. The foreign companies have been shown that the door is open, provided they comply with clearly defined conditions."

Andrew Somers, president of the American Chamber of Commerce in Russia, said the companies would have to learn how to live by the new rules, adding that they were not overly severe compared with similar rules in Mexico and Saudi Arabia.

But... "it would be good if the aerospace sector were eliminated from this law because there is some ambiguity about its application."

Chris Weafer, chief equity strategist at UralSib, said that so far the law looked like it would generate more positives than negatives.

"There has been so much uncertainty about the `investment rules' in recent years that foreign investment has been less than it should have been. Now there is clarity, it will help raise investment in the strategic industries," he remarked in an email. -