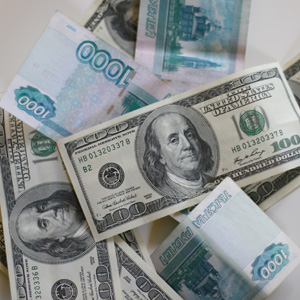 Until recently, the very concept of a small or medium-sized business was practically absent from Russian law. It was not until two years ago that the government began working on filling the gap.

A basic SME law was adopted in 2006. But to make it work, appropriate amendments to the tax code and the laws on financial leasing and credit cooperation are needed. We also need relevant regional laws and government support for small businesses at all levels.

However, importantly, SME development is becoming one of the government's priorities. That seems to be the message behind the latest decisions made by the President and government. It is encouraging that after so many years of neglect, the government has finally realised the importance of supporting SMEs. Now the public too should be involved, because the desired effect cannot be achieved by decrees and resolutions alone.

Meanwhile, the difficulties of running a small business deter many would-be Russian entrepreneurs. The number of SMEs in Russia today is a quarter, or even one-fifth of economically developed countries. This is only natural because starting up a business requires renting appropriate premises connected to all the important utilities, considerable start-up capital, and modern equipment and technologies. It also takes sufficient toughness to survive competition with large enterprises.

None of these conditions can be fully met in Russia today, including the legal conditions. Various bureaucratic barriers make it almost impossible to lease land. Borrowed capital is extremely expensive (18pc-22pc interest) and short (credit is seldom extended for longer than a year). Few manage to obtain loans from the government, because the funds available are scarce and the bureaucratic barriers too high.

These are not the only factors inhibiting SME development. But administrative barriers are probably the most serious, especially as far as local officials are concerned.

The emergence of a healthy SME community inevitably entails cutting the authority of local officials, many of whom treat their jurisdictions as private fiefdoms. One letter I received as a member of parliament described how a regional governor openly demanded that a small company manufacturing garden tools pay him $10,000 a month. "I don't care how you manage it, but I need the money on my table every month," the official told them. That governor is clearly not the only one. They are legion.

Corruption impairs SMEs' operation and growth. Serious reform is needed in the judicial and law-enforcement spheres.

In the longer run, all these legislative initiatives and reforms should lead to the formation of a middle class, with small entrepreneurs as its basis. It should also include doctors, teachers, engineers and managers: that is, all those who have stable incomes ensuring them a middle-class standard of living. There should be millions who own property and have stable incomes that spark socio-political motivation. These people should be the most interested in democratic processes and the country's stable development.

However, this kind of middle class will take years to emerge. Russia will not have a fully-fledged democratic society until it is in place. -