A man of energy 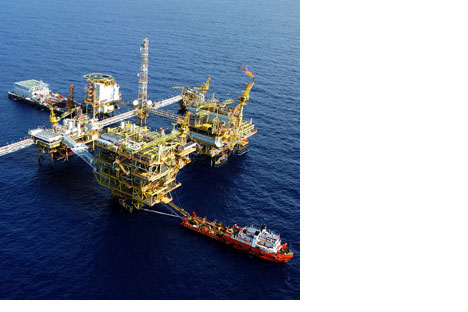 His bold response to the crisis - a programme of reform which included the merging of the company's two constituent parts into a single company and governance structure - led to internal tension before it was considered a success.
Then came the well-publicised problems with the company's flagship Russian project, Sakhalin II.
Sakhalin, an island east of Russia and just north of Japan, until recently played an insignificant role on the world stage. For those who knew of it, the island was viewed only with foreboding, synonymous with the tsarist gulag system and an unforgiving climate. In his 1895 work documenting Russia's far-eastern outpost, writer Anton Chekhov described Sakhalin as "hell on earth".

The discovery of huge hydrocarbon reserves, however, changed Sakhalin's status. In the late 1990s, it even took on an international dimension as the struggling Yeltsin administration looked abroad to develop domestic energy production.

Shell obtained a controlling stake in the larger of the two major projects begun at the time, negotiating special terms in order to navigate Russia's then myriad legislation and tax regime. Over the course of Vladimir Putin's first term, however, it became clear that its favourable conditions were unlikely to hold. Control of the nation's energy reserves, it seemed, was an important pillar of the new President's blueprint to return Russia to a position of strength.

In 2006, following a period of uncertainty, alleged violations and the threat of lawsuits, Shell agreed to sell its controlling stake to Russia's national gas supplier, Gazprom, for $7.5bn. The Dutch-British company remained a minority shareholder with 27.5pc, with Mitsui and Mitsubishi owning the remaining 12.5pc and 10pc respectively. Soon after the deal, the lawsuits were dropped and things seemed to return to normal.

"It was very difficult, very challenging, and I learnt a lot," says the softly spoken Dutchman. "As a businessman I do not talk about hard breaks, but its true to say we were under huge pressures. It was very difficult to explain, even in the media, that we felt we were doing a good job. After many months of negotiations, we created an opportunity to take the project forward. Let me stop there."

Does the Shell CEO envisage any repetition of the episode, especially in light of a new Russian law on foreign investment which limits foreign investment in "strategic" areas of the economy? "If the government wants to do introduce this, that's fine and is within its rights to do so. But we need to know which projects and possible projects for the future will be covered by the rule and where the rule does not apply. My nightmare is that we start with a project we think does not fall under the rule, and halfway it turns out that it is under the rule."

Accepting that interest from national governments in energy production the world over is a trend likely to continue, van der Veer believes oil corporations must adapt their focus in order to prosper further: "The role of Shell and other corporations is that they have to make sure they create new win-win situations. To put it differently, we all have to change our business model. State companies now have the upper hand on reserves. They are in a much stronger position than 20 or 30 years ago."

According to van der Veer, oil majors will be compelled to forge positions of excellence from their new minority stakeholder roles. For Shell in particular, this will centre on their project management skills, operational excellence and, most importantly, investment in technology. "The key element of this win-win situation is to stay one step ahead with new technologies," explains the Dutchman. "Last year, for instance, we invested $1.2bn in research and development. No state company is spending anything similar."

As one of the few heads of oil corporations ready to predict a resource peak of "easy" oil and gas by 2015, van de Veer has channelled much of this new R&D money into unconventional energy production, notably extraction from the difficult but voluminous "oil sand" fields in Canada.

The company is also undertaking six sustainability trials for biofuels, focussing on how these fuels compete with food, the use of water and their carbon implications. Perhaps the most exotic sounding of these experiments involves a Hawaiian algae farm, which is being developed for a diesel product.

"It's early days, but if we can find a competitive way to grow, then this feels attractive," says van der Veer. "The main advantages of using algae is first of all that it grows quickly and, second, you only need seawater."

More traditional renewables such as wind and solar energy will be in the Shell mix too, though the technology for the time being remains too expensive for consumers: "Today, what we see is that consumers might be prepared to pay a bit more, but certainly not a lot more. We have the technology, but we still need research to make the product viable."

Van der Veer is visibly excited at the prospect of transferring these innovations to Russia. Already, at Sakhalin, Shell is developing the world's most complex - and Russia's first - liquified natural gas (LNG) plant. On completion, this will provide enough gas to satisfy 8pc of the world's LNG demand, the equivalent to providing electricity to 24 million homes.

Fantastic potential indeed, but does the famously upright Dutchman not think Shell's corporate ethics will inevitably pay a price for life in Russia?

Is Russia's idiosyncratic legal system really manageable for a company like Shell? Van der Veer gestures before speaking: "There are no easy countries. If there were, everybody would go there. What we need is a tailor-made approach for every country, but we will only go somewhere if we can work within our business principles. And the reason that we are working in Russia means we can work within our business principles".

Moreover, he explains, Shell have spent much time building in measures against corruption. At Sakhalin II, there already have been several cases of people and contractors being dismissed for transgressions of this code. "I regret that it is still necessary, but it is the reality of the world." He seems to enjoy saying this, however.

Despite the ominous problems Shell faced over Sakhalin, van der Veer's message to other potential investors into Russia is far from negative.

"In the energy sector, the state will always like to have a hold on its crown jewels. That's our profession. But if you speak to non-energy related companies, you'll see they are remarkably satisfied with the progress they can make in Russia."

And what of the recent election of Dmitry Medvedev as President?

"Both Vladimir Putin and Dimitri Medvedev [from his time as head of Gazprom - RBTH] have a very good knowledge of the energy industry. This is an advantage.

"As a matter of fact, I personally like it that both gentlemen have very solid experience and insights into our industry. That feels good to us." -


Jeroen van der Veer leads the executive team and is accountable for business performance and implementing strategy. He was born in Utrecht in the Netherlands in 1947. He has two degrees - one in mechanical engineering from Delft University and another in economics from Rotterdam University. He joined Shell in 1971 and worked in in the Netherlands, Curaçao and the UK. In 1984 he returned to Shell Nederland as manager of Corporate Planning, and then of the Pernis refinery in Rotterdam. After coordinating Shell businesses in Africa and Canada he became managing director of Shell Nederland in 1992, leading a major reorganisation. In 1995, he moved to the US as president and chief executive of the Shell Chemical Company. He was appointed group managing director in 1997.