Planning for and Financing the Future 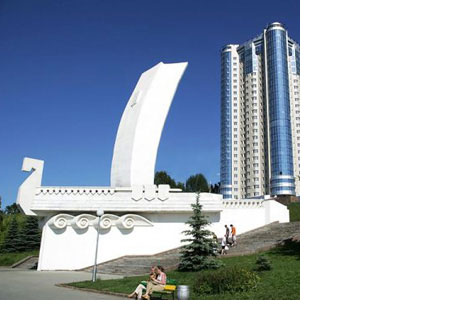 This year saw a 20% growth in capital investments into the Samara region's economy, while the percentage of investments in the regional domestic product (RDP) reached 22 percent (this is 2.6% higher than the national average).

Of particular interest is the five-fold growth in investments into metallurgical production, as well as high rates of investment into agriculture and construction.

The Samara region continues to remain one of the most attractive subjects of the Russian Federation for investment. According to the Expert RA rating agency, it falls into the top ten - out of 83 - for investment potential.

The Samara region produces six out of every 10 passenger cars made in Russia, one-fifth of the nation's synthetic rubber and one-tenth of its oil products and nitrogen fertilizers. One-fourth of the country's automobile bearings and the same fraction of its synthetic ammonia are also produced produced in Samara. All of these products have enormous potential for profit, while they also constitute a safe investment.

Recently, local authorities have taken steps to solidify in law this safe environment for investors. The regional legislature passed a law "on investments and state support for investments in the Samara region" in February 2006. This law grants support, first and foremost, to investors who help establish "competitive zones" in the Samara region while taking part in major infrastructure projects. It also supports firms that generate new jobs and contribute to hi-tech production in the region.

"Our legislation governing investment," asserts Samara regional Minister for Economic Development and Trade Gabibbula Khasaev, "is ranked by experts as among the best in the nation. It facilitates the proper environment for healthy business activity and competition. We are most concerned about reducing administrative barriers to entry, providing investors with the proper economic stimuli and enacting an effective system of tax subsidies."

Local authorities have also undertaken efforts to reform the system of professional education to meet the challenges of the changing 21st century economy. Among working people in the Samara region, those who have attained medium or higher education comprise 55.6 percent. This is considerably higher than the national average of 52.8 percent.

Also important to the strategic competitiveness of the Samara region is its traditionally high scientific potential, positive atmosphere for commercial research and development and its desire to transform itself into a long-term contributor to the innovation economy, producing high-quality manufactured and service products. The region is already a local leader in innovation technologies.

Equally important to the region's support program for investors is the formation of so-called "regional asset holdings" to serve as the basis of public-private partnerships. These holdings include land plots shared between private investors and the state during the realization of infrastructure projects. Such programs are critical to investors seeking some level of security in large-scale developments.

Many experts believe that public-private partnerships (PPPs) are key to Russia's development in the upcoming decades. A dilapidated infrastructure requires colossal investments to guarantee the nation's future economic growth, and PPPs are the most likely way to facilitate this. The Samara region is at the cutting-edge of such partnerships, and, as such, is likely to remain a vibrant economic center in the years to come. -