Where the Space Race Began 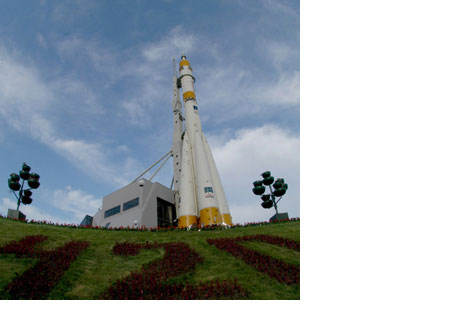 In the Samara Region, the last 50 years have inextricably been linked by one word: space. This is the area where some of the world's most famous space equipment - from the Vostok rocket that carried the first human (Russian Yuri Gagarin) into space to the modern Soyuz capsule - was constructed.

The "birthday" of the Samara space industry is widely considered to be January 2, 1958. That was the day the Soviet government announced its decision to locate the production of the P-7 intercontinental ballistic missile in the city. The project gained prominence because it was led by world-famous rocket scientist Sergei Korolev (who would go on to send Gagarin into space).

The region's space program developed rapidly after that, despite occasional financial setbacks. It would go on to produce some of the most widely used equipment of the Soviet, and then Russian, space programs. Today the region's space endeavors are based in the TsSKB Progress State Space Center. The Center has recently dedicated its resources to the legendary Soyuz spacecraft. Originally built for the Soviet manned lunar program, the first Soyuz model was successfully launched in 1966. It has since undergone modifications, with the latest model - the Soyuz-2-1-A - having been tested a few years ago. The Center's scientists are currently working on a new model - the Soyuz 2-3 - which, when completed, will increase the cargo capacity by 25-30%.

The Soyuz has been monumental in facilitating human space launches. Recently, it delivered a new component of the European Galileo Space Navigation System into orbit. The Soyuz has also been critical to the International Space Station after the faulty performance of the U.S. space shuttle program. In 2006 NASA concluded a $43.8 million deal for sending its astronauts to the ISS aboard the Soyuz; to date, the Soyuz has a better safety record than the U.S. space shuttle program, and has maintained a per-passenger cost of $20 million (compared to $600 million for the space shuttle, according to NASAwatch.info).

In the future, the Center plans to develop the multiple-use Kliper spacecraft (rumored to replace the Soyuz by 2012).

Samara's aviation industry is not limited to just space travel: the region has a rich history of aircraft manufacturing. Today, three-fourths of Russia's domestic air flights are made on the Tu-154 aircraft (similar to the Boeing 727), originally launched in the 1970s. Many of the modifications made since then have been completed at the Aviakor Aviation Factory in Samara. This is also where the An-140, a regional aircraft used in several countries, is assembled.

The Samara Region has made a global impact in the production of engines and aggregates for aviation technology. The local N.D. Kuznetsov Aviation Factory is currently developing the NK-93 engine, which is 12-20% more efficient than current models, and is to be used in civilian and military aircraft all over the world. The same factory is responsible for the development of the NK-361 engine, which runs on liquefied natural gas. The engine has been adopted on locomotives as a means of cutting fuel consumption by 44% and harmful emissions into the atmosphere by over 10 times. -