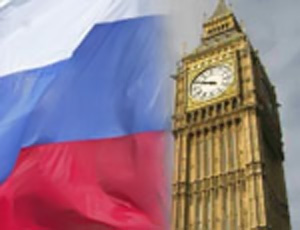 "Medvedev proposed focusing on efforts to return to the level of relations the two countries enjoyed a few years ago," Sergei Prikhodko said after the meeting. "It was a frank conversation. We did not skip over any sensitive issues in the political and humanitarian spheres which are weighing on our relations with London," Prikhodko said. "Brown offered his ideas on what should be done" to improve ties, singling out issues of concern for Britain, including the closure of British Council offices in Russia, the shareholders' dispute in the joint oil venture TNK-BP, and other points of contention, the aide said.

The latest dispute to sour relations between the countries has been over TNK-BP, in which British oil major BP and its Russian billionaire co-owners have clashed over strategy, management and control of the company, Russia's third largest oil producer.

Medvedev reiterated to Brown that the Russian government does not intend to intervene in the dispute.

"The president said he did not consider interference possible, as this is not an issue of state importance. Our position is that this is an issue between two companies," he told reporters. The aide said Medvedev also assured that Russian authorities have no intention of withholding work permits for foreigners working in the country for international companies, an issue that has been at the forefront of the TNK-BP row.

Other contentious issues between Moscow and London included Russia's refusal to extradite the chief suspect in the 2006 poisoning of Kremlin critic and security service defector Alexander Litvinenko.

Moscow, in turn, has accused the U.K. of harboring people wanted in Russia, among them tycoon Boris Berezovsky and Chechen separatist emissary Akhmed Zakayev.