Sakhalin looking to cash in on fish exports 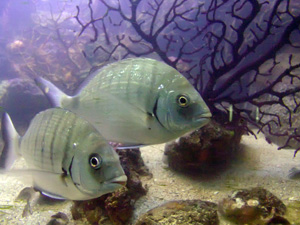 Spread over 59 islands, the Sakhalin region is a classic resource economy, relying on natural riches, of which fish are a big part. About one sixth of all Russia's fish output comes from this remote far eastern area. Its commercial advantage is that nowhere else in Russia are there so many fishery businesses. At the beginning of the nineties, a time when the industry struggled to survive, it was the formation of small and mid-sized enterprises that saved the sector.

About 20 years ago the sea gave Russia 11 mln tonnes of fish and sea food per year. Since then the annual catch has fallen to 3 mln tonnes. But experts say Russia can regain its position as one of the leading fish producers due to its huge marine resources.

Natalya has been selling fish for 8 years. She says sales are thriving.
We now have greater competition as more people are engaged in the fish business. And the assortment has increased. Personally I don't feel that the amount of fish has fallen though I know that the catch has decreased.

In peak season one can meet customers from all over the world here. One exclaimed. I come here more often in summer because they have fresh fish, we love the scallops, and they already have salmon here... I think the scallops are fantastic - really good and the salmon is also super, we don't have it like that in Europe.

However, the huge number of fishery businesses does have an impact - as they compete for scarce resources. Sergey Podolyan, Deputy Head of the Federal Fishery Agency, says this underlines the need for State monitoring. The state should create clear rules of the game and monitor how businesses follows them. One of the rules that will make the game more clear is creating an exchange for exported fish. The exchange starts operation in a matter of months and it is expected to reduce the number of intermediaries, while lowering the price for consumers.