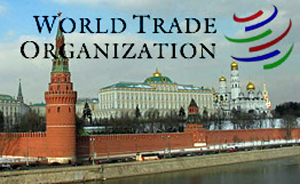 There are three main barriers to the expansion of trade between the U.S. and Russia: political and business differences and the fact that Russia is still not a member of the World Trade Organization (WTO). We should see to it that our governments do not pass laws that impede international economic cooperation. At the same time, we should call on businesspeople from other countries to be receptive to business-friendly legislation.

Our goal is to invite foreign partners into strategic industries. We will be able to accomplish this with agreements like the one just concluded with Russia.

I would like to compliment the Russians, who have made amendments to their legislation to match WTO requirements, and I hope that Russia will become one of the most stable and constructive WTO members.

Within the WTO, we can help each other to expand cooperation with other countries. The extent of our trade is sometimes undervalued because some of it goes through the EU, through U.S.-based, multi-national companies, which have operations in Europe.

I would like to recognize Russia's efforts to create an infrastructure, to create a favorable investment climate and key economic institutions. If Russia is to play a role in global economic development, it will need political will and the support of its people to implement reforms that will direct economic and financial resources to the areas where they are needed.

Another untapped reserve is the dominance of energy in the relations between the two countries. Other sectors, including infrastructure, construction, transportation and communications, should be equally important elements of cooperation. These are the spheres in which the Russian Federation will implement ambitious projects in the coming years and we hope that American companies will take an active role in them.

Another reserve of Russian-American relations is facilitating the entry of Russian companies into the U.S. market, in both trade and investment. We already have some trailblazers, including the company Severstal, which has invested in major industrial facilities in the U.S. But a great deal has yet to be done.

Russian business leaders have a keen interest in the U.S. law that regulates strategic investments. It turns out that the U.S. is thinking in terms of non-discriminatory procedures. Over the past months, several major Russian companies have acquired assets in the U.S. This shows that we are talking not about restrictions, but about the regulation of foreign investments. Russia has adopted exactly the same mechanism.

It is necessary to put pressure on both governments in order to avoid excessive protectionism.

Russians have long been worried about discriminatory provisions in American law, specifically the Jackson-Vanik amendment. We have been repeatedly told in Washington that if Russia joins the WTO, that amendment will automatically cease to apply. Russia's accession to the WTO would lead to a more active American presence on the Russian market. So American business has a genuine interest in lobbying for that process. Many American companies have long been in the Russian market and are even members of the Russian Union of Industrialists and Entrepreneurs. St. Petersburg, for example, has come to be called the "Russian Detroit" because American companies are making cars there. This interpenetration makes economic relations less dependent on the moods of politicians.