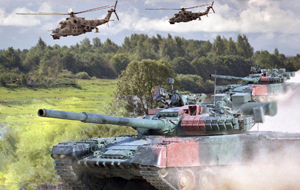 Military secrets
This year, defence firms maintained unprecedented secrecy. First of all, we lack data on shipyards, the Aircraft Corporation MiG and tank-maker Uralvagonzavod that was routinely made available in previous years. Such traditionally transparent ship-builders as Baltiisky Zavod (Baltic Plant) and Severnaya Verf (Northern Shipyard) in St. Petersburg failed to submit their reports for 2007, together with more secretive companies like the two major submarine-makers, the Amur Shipyard in Komsomolsk-on-Amur in the Khabarovsk Territory and Sevmashpredpriyatiye (Sevmash) in Severodvinsk in the Arkhangelsk Region.
Information secrecy can only be justified in some cases. Sevmash and the Amur Shipyard probably have the right to classify information, albeit with some reservations, because of the sensitive nature of their business: the former launches nuclear-powered strategic missile submarines, while the latter is building the extremely popular Nerpa class (Schuka-B) nuclear submarine. In most cases, however, a refusal to submit financial balance sheets either highlights major corporate problems or the ineffective performance of their PR divisions.
The lack of information on Sevmash negatively affects the ratings of the ten biggest defence-industry companies. Sevmash, which turns out numerous strategic missile submarines, and which continues to refit the aircraft carrier Admiral Gorshkov (Vikramaditya) for the Indian Navy, should probably rank among the top five arms manufacturers.

The year of aviation and Sukhoi
Companies turning out aircraft, related weapons and air-defence systems dominated the scene last year. Of the ten market leaders, only two companies, the Almaz-Antey Air Defence Concern and the Tula-based Instrument Design Bureau (KBP), operate outside the aviation segment. Almaz-Antey, which has topped the list for the third time, is unique in encompassing an entire sector.
Of eight market leaders representing the aviation segment, seven turn out Sukhoi Su-30 Flanker multi-role fighters, their avionics, engines and related weaponry. This situation reflects the fact that Su-30 exports had hit an all-time high last year. India received 16 Su-30MKIs and 8 assembly kits under a Russian license. Venezuela bought 12 Su-30-Mk2Vs. Malaysia acquired 10 Su-30-MKMs. And four Su-30-MKI (A)'s went to Algeria.
The Public Company Russian Helicopters has ranked among market leaders for over a year, due to expanded production of military and transport helicopters at the Kazan Helicopter Plant and the Ulan-Ude Aircraft Plant.
The unprecedented domination of aviation companies is linked not only with Sukhoi's successful export strategy but also with the fiasco of Russian shipbuilders. Due to the lack of Sevmash balance sheets, the list of top 20 market leaders does not include a single shipyard. Moreover, the Admiralteiskiye Verfi (Admiralty Shipyard) in St. Petersburg has failed to provide data on its Algerian submarine contract.
Poor corporate transparency was not the only factor depressing local shipyards' top 20 ratings. Russia has finished supplying destroyers and submarines to China under several major export contracts, and the Yantar (Amber) shipyard in Kaliningrad, Russia's Baltic exclave, has not yet launched full-scale construction of three new frigates for the Indian Navy.
It appears that the Russian Navy is in no mood to finance construction of new-generation warships at Severnaya Verf and the Amur Shipyard.

Defence-industry mergers
All the top ten companies have either become corporations comprising several legal entities or are conducting mergers.
The former include the Almaz-Antey Air Defence Concern, the Sukhoi Company, the Irkut Corporation, the Tactical Missiles Corporation, the Aerospace Equipment Corporation and the Russian Helicopters.
The latter include the Ufa Engine Industrial Association (Ufa Motors) and engine manufacturer Saturn Research and Production Association. The Tula-based Instrument Design Bureau is forming the basis of an emergent army-missile holding; and another engine maker, MMPP Salyut, is merging with the Omsk-based Baranov Engine Building Production Association.
Most companies in the second ten are also involved in corporate mergers. Moreover, some market leaders are full-fledged corporations involved in setting up more advanced entities.
For instance, aviation companies will merge with the United Aircraft-Building Corporation (UABC); the Russian Helicopters is controlled by Oboronprom, a national aerospace holding company, which, in turn, will become a subsidiary of Russian Technologies, a defence-industry super-corporation.

The main heroes
The Almaz-Antey Air Defence Concern has topped the charts for over two years, posting high sales proceeds and rapidly expanding production. It is among the few companies profiting from the expanded state defence order.
Last year, the Sukhoi Company posted higher sales proceeds than any other market leader thanks to its exports of numerous modified versions of the Su-30 Flanker fighter. Domestic-market sales, including Su-27 overhauls, account for 30% of corporate proceeds.
Irkut Corporation doubled its sales revenues after supplying Su-30s and their assembly kits to India, Malaysia and Algeria. This year, Irkut will probably post high sales proceeds while exporting its aircraft to the same three countries, and will also start supplying the first Yakovlev Yak-130 combat trainers to the Russian Air Force.
The Tactical Missiles Corporation has been increasing sales revenues for over a year. Aircraft exports also continue to expand.
The Russian Helicopters made it into the top five for the first time, after expanding production of military and transport helicopters. Over 120 helicopters were produced last year. The survey's authors did not include Rostvertol statistics in gross Russian Helicopters proceeds because the latter still does not control Rostvertol and helicopter-unit producers in order to avoid mentioning the same corporate statistics twice.