Russia is 16 years old and it's behaving like it... 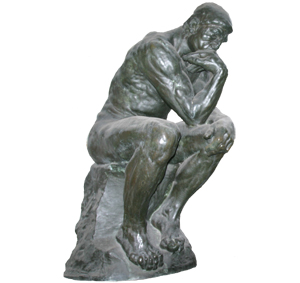 The particular problem with this 16-year-old is that it has a longer-term memory than most of its contemporaries. And it remembers a previous incarnation when, as the Soviet Union, it was one of the world's two superpowers. A folk memory is demanding that status once again.

A highly significant part of this collective national memory is that it recalls that, just as the new state was progressing from the infant stage to the junior stage (in the late 1990s), it was bent over a chair - or, more precisely, a barrel - and spanked soundly. Just as in the seminal 1960s film, If, this experience caused huge resentment; a resentment which was bound to be revenged as soon as Russia became strong.

The oil deals which were done by Western companies in Russia in the 1990s treated Russia like a Third World country. Russia was weak economically and politically chaotic. From the time of his re-election as Russian President in June 1996 to the time he stepped down on December 31, 1999, Boris Yeltsin was concerned with just one thing: ensuring that, after his time as President finished, he and his family (not just his relatives, either, but "family" in the widest sense of the word) would be safe for life from prosecution. Many Russians held Yeltsin responsible for the break-up of the USSR, the shelling of the parliament building in 1993 and the collapse of the army. Boris was determined that they would not get their revenge on him.

So, if all is fair in love, war and business, the Western oil companies perhaps cannot be blamed for taking advantage of Russia's weakness to put in place deals which were hugely favourable to them. But on that same principle, can a resurgent Russia really be blamed for wanting to re-negotiate terms now that it is strong?

This resurgence of a strong Russia has caused serious problems for elements of Western society which trumpeted the line in the 1990s that a weak Russia (with nuclear weapons) was a bad thing for world security. These people never stopped to contemplate the true meaning of their words; they are, in fact, stuck in the Cold War era, and their reaction to the new Russia showing that it is strong and an influential player on the world stage has been one of shock and horror that Russia should try to re-negotiate the oil and gas deals of the corrupt 1990s.

The problem with the adolescent, though, is that he or she frequently does not argue their case well. Their inexperience tells, and they are left looking foolish, even though they have won the basic argument. Such is the case with adolescent Russia now. Whether Russia likes it or not, we live in an age where the way in which an individual or a country presents itself matters. And Russia has still to learn how to put its best face across to the world.

Russia demands that Ukraine pay world prices for the gas it gets from Russia, and when Ukraine doesn't do this, Russia turns off the tap. In PR terms, this is a huge own goal for Russia, and the West starts talking in earnest about "plucky little (actually, not so little) Ukraine" joining the European Union and Nato. But just a moment. Ukraine is very keen to show the world that it has broken free of the old Soviet ties; that it is now in every sense a country independent of Russia. Surely, then, this free and independent country should pay a fair price for its imports, just as any other free and independent country has to do?

Similarly, the way in Russia has handled itself publicly in its dealings with the Western oil companies has had them calling foul. But ask Shell, BP or any of the others if they have been pleased with the profits they have made out of their dealings with Russia in the past decade or so and they will quietly nod as they make their way to the bank.

Nevertheless, at times Russia seems to go out of its way to put obstacles in the way of foreigners and appear to show the world that it doesn't care what people think of it. A recent example is the law on Strategic Sectors, or, to give it its full title, the "Law on Foreign Investment in Companies with Strategic Significance for National Security and Defence".

The timing of the passing of the law was curious. It was approved on May 7, 2008, the day on which Dmitry Medvedev was inaugurated as President. In a country in which conspiracy theories are never far from the surface, this certainly looked as if someone was sending a message to the new President not to have any ideas about being too nice to the outside world. The law forbids foreign investors from holding 50pc or more of any company engaged in "strategic sectors". On the face of it, there is a certain logic in this. No country would allow foreigners, for example, to control its defence interests.

But this law goes way beyond defence. A total of 42 sectors are listed as "strategic", covering natural resources, aviation, the media, communications and nuclear facilities (as well as defence). Any TV or radio station which broadcasts to more than half of Russia's population is "strategic", as is any large-scale printing or publishing activity.

A mobile telephone operator which has more than 25pc of the mobile market in Russia is also "strategic". If the list seems extensive, it is. By comparison, in China there are nine "strategic sectors". This is hardly an act designed to encourage foreign investment into Russia.

But if Russia is having a few image problems because it is not handling its PR well, it is also not being helped by actively negative PR about Russia in the West. What is truly staggering is that respectable Western media can fall for this so easily.

The most outrageous example of this recently came on the day that the British Prime Minister, Gordon Brown, after being in office for more than a year, finally held a meeting with the Russian President.

Ahead of the meeting there were great hopes in political and diplomatic circles that this might herald a new beginning in Anglo-Russian relations, after the rows which have caused a severe chilling of ties between London and Moscow.

The meeting was, as expected, cool. No-one expected a love fest after the rows over the Litvinenko affair, the closing of the British Council offices in Russia and the dispute over TNK-BP. Neither Mr Brown nor Mr Medvedev talked about "looking into each other's soul"; but at least they did look each other in the eye.

Then, as if to prove that it is not only in Russia that there are the siloviki, "hawks", who do not want to see a warming of relations, the very evening of the day when Brown and Medvedev met, "sources" in MI5 told the BBC that they have evidence that the Kremlin was behind the murder of Alexander Litvinenko.

No new evidence is produced; yet my former colleagues in the BBC go ahead and broadcast this supposedly sensational news.

In fact, it is exactly the same story as was pedalled by certain grey figures in the security services as the Litvinenko saga was reaching its peak in November 2006. The BBC even repeated the line that Litvinenko accused the Kremlin in his death-bed statement; even though it has long been accepted that the so-called "death-bed statement", which included the line about the man hearing the sound of the wings of the angel of death (which just doesn't work in translation from Russian) was written not by Mr Litvinenko but a PR man who runs the agency which handled all of Litvinenko's publicity around the affair.

If ever there were an example of black PR, this was it. And it puzzles me that the BBC has let this through. Yes, Russia is not the easiest place to do business. But ask anyone who is doing business there whether it is worth it and I can guarantee that you will receive a positive answer. Doing business in Russia doesn't just lead to success; it's enjoyable, too. And, like your adolescent children, as they mature you'll find that associating with Russians will be a distinctly rewarding and positive experience.