A Council of Wise Men or a Vanity Fair? 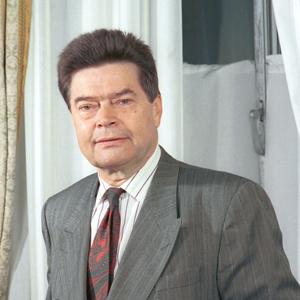 For understandable reasons the eyes of the analysts and of the media were on the meetings in which Russian President Dmitry Medvedev took part. This was not only because he was a newcomer to the group. Britain, for example, made it clear it would like to take the opportunity of the summit to make a breakthrough in Russian-British relations, which have long been in need of improvement. However, it set about this task in a somewhat odd manner. On the eve of and during the summit in Japan, British special services declared that Russia was the number three threat to the United Kingdom after al-Qaeda and Iran's nuclear program, and that Russian authorities were to blame for the murder of Alexander Litvinenko. Predictably the Russian Foreign Ministry retaliated sharply.
After such a verbal barrage, there was little the two leaders could do at the meeting but congratulate each other on making their debuts at the summit and express hope that the "Litvinenko affair," including the extradition of murder suspect Andrei Lugovoi (now a deputy of the Russian parliament), the row over the British Council, and the visa situation around TNK-BP in which Gordon Brown asked his counterpart to step in, would somehow sort themselves out.
"The President said that we do not deem it possible to interfere [in the TNK-BP dispute]. This is not a government issue. It is a situation between two business entities," Medvedev's aide explained. One of the journalists accompanying Medvedev told his readers that the British Prime Minister left untouched the cup of Russian tea that was offered him.
"Brown managed not to worsen relations with Medvedev", newspapers concluded. In short, as a tongue-in-cheek Russian ditty goes, "it's good that it's still so bad." On sober reflection, the problems dividing Russia and Britain have less to do with opposing interests than with a clash of ambitions, when the wish to play a zero-sum game prevails over the readiness to compromise. Under these conditions it is hard to make any recommendations or forecasts. In any case, the appearance of a new key player on the Russian side cannot but prompt, by definition, cautious optimism - very cautious.
The growing skepticism about the effectiveness of the G8's collective documents leads veterans of the summits to shift the focus of their activities towards bilateral meetings like the one between Medvedev and Brown. But here, too, there is a snag, partly of a personal nature. While Russia was represented by Dmitry Medvedev, still a comparative greenhorn in the rough-and-tumble world of international politics, the United States was represented by a "lame duck" - President Bush. Hence in their first "get-to-know-you" meeting there was no particular incentive to come to grips with the legion of outstanding problems between the two countries. They confined themselves to reciting a catalogue of the problems.
At a joint press conference Bush, in his typical condescending manner, described Medvedev as a "smart guy," and praised him for his grasp of international politics. Medvedev retaliated by making it clear that his plans were in consideration of the next U.S. administration.
It is a measure of the sophistication of American diplomacy that during the hours when Bush in Hokkaido was calling on Medvedev to be partners, Secretary of State Condoleezza Rice in Prague was putting the finishing touches on the treaty for the deployment of the American missile defense system in the Czech Republic, which was signed that very day, whereupon the relentless lady headed straight for another "hot spot," in U.S.-Russian relations: Georgia. Symbolic American words of friendship were backed up with actions that, from Moscow's point of view, create new problems without solving the existing ones. This seemed all too similar to the situation with Britain.
On the whole, one can only take the results of the latest G8 summit seriously if one makes allowances for the limited opportunities within that club of powers. The G8 is not a recognized international organization. It does not have a charter or a permanent secretariat and it is not based on any international treaty.
On the eve of the meeting, the Russian President commented that "the agenda prepared in advance [was] simply too diffuse." He was right. The meeting was in full swing while observers were still wondering what its primary focus was: climate change and the environment, as the hosts insisted, the food problem and poverty, energy and financial security or development and aid to Africa as discussed on Day 1...
The resolutions passed on all these issues and the various collective and individual statements show that not only the agenda, but also the language of the documents emerging from it, was "diffuse." On Africa, for example, both the principle and invited members in the discussion, the leaders of Africa's major countries, could merely point out that progress, including the fulfillment of the pledge of billions of dollars made in 2005, was moving slowly. Two years ago Vladimir Putin said in St Petersburg that "the G8 countries have developed a common approach to ensuring global energy security and the development of nuclear energy." Since then the problem has been a political hot potato that G8 leaders toss about, including at this meeting in Japan.
The vagueness of the recommendations and pledges, the fact that they are not binding and the growing number of participants has turned the club into a mini version of the UN. Not surprisingly the world community is coming to question the rationale of continuing with these financially costly and morally dubious jamborees. After Hokkaido, critical voices have, if anything, grown stronger than ever.

Boris Pankin was the last Foreign Minister of the USSR and former Ambassador of the Russian Federation to the United Kingdom.