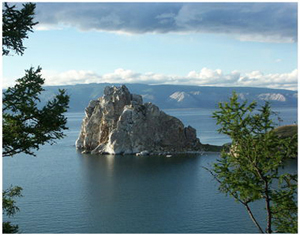 Expedition leaders have denied earlier reports that the submarines reached 1680 metres below the surface.

Today's dive starts a series of 60 planned in the first phase of the expedition that is to run until mid-September. The second phase that starts later in 2009 will see 100 dives, according to Interfax news agency.

"Regular dives and monitoring the ecological situation around Baikal will help us to get a complete picture of the situation at the lake, compared to 20 years ago. We'll pass this information to the lawmakers and government so they can reach a decision on how best to preserve the lake," the head of the expedition, Artur Chilingarov said.

The crew plans to take water samples on various depths, explore the fauna of Baikal and its hydrocarbon reserves.

Igor Chestin, the head of WWF Rusia, commented on possible oil exploration as saying: "I think scientists as well as the politicians are enough educated to understand that even if all oil of the planet will be down the lake Baikal, it still will not be worth exploring, because the fresh water is going to be the major resource in the coming decade."

Lake Baikal was declared a UNESCO World Heritage Site in 1996. It contains more that 20% of the world's freshwater.

The lake holds over 2,600 various species of animals and plants, two thirds of which cannot be found anywhere else in the world. It is around 25 million years old.

Mihkail Flint from the Russian Academy of Scientists told RT the main aim of the current expedition is to find out what kind of mechanisms create such a unique ecosystem.