President Strikes for Blows at Corruption 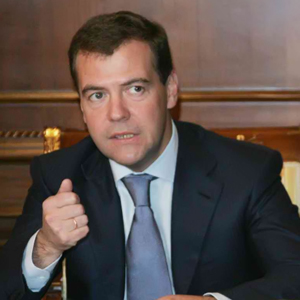 Chief of the presidential executive staff Sergey Naryshkin, who is also the head of the interagency working group on combating corruption, outlined the details of the plan. It has four sections. The first is the legislative basis for the anticorruption campaign. Naryshkin explained that it entailed the passage of the law "On Counteracting Corruption," which will contain a definition of corruption and corrupt practices and prescribe the procedure for the criminal prosecution of them. The president may introduce that law into the State Duma by October 1. Later, amendments will be introduced to 25 laws that concern the activities of the police, the court system and so on. They include a ban on persons with criminal records working in the civil service and corrections to certain court practices. The Kremlin is particularly perturbed by the practically unlimited authority the chief judges have now over the division of cases among judges and the formation of qualifying collegiums. That will change. Electronic assignment of cases to judges is under discussion. It is possible that not only will civil servants have to file declarations of property and income, members of their families will have to as well.

The second section is devoted to improving state management. That means creating fair competition in the economy, transferring some authority from the federal level to the regional (with consequent stricter supervision of its exercising) and implementing civil freedom of information rights. In this section, a personnel service for the prevention of corruption will be formed in state bodies.

The third section is the improvement of legal awareness. The support of the Association of Jurists of Russia's support will be essential for this and the public will have access to the Law TV channel.

The fourth section is a list of priority measures in the fight against corruption. The presidential executive staff is made responsible for the functioning of the commissions to oversee the behavior of civil servants and the government is to implement the transition to electronic trading in sales of confiscated property and state and municipal purchasing.

Agencies and regions are to develop their own anticorruption plans by October 1. They are to give periodic accounts of the results of their efforts before the presidium of the working group on fighting corruption. A body will be assigned responsibility before the end of the year for the fight against corruption. That issue is not yet firmly resolved, but the Kremlin is leaning toward giving the function to the Prosecutor General's Office. No anticorruption agency will be created.

The Kremlin does not expect fast results from the anticorruption campaign. The drafters of the document emphasize that the idea behind the campaign is not to punish as many people as possible (stricter laws are not being proposed to that end). "The main thing isn't severity. People should feel the inescapability of punishment," stated one Kremlin official.

Medvedev announced the signing of the anticorruption plan during a visit to the town of Gagarin, in Smolensk Region. He was there to acquaint himself with conditions for small business. He listened to businessmen's complaints and referred them to the ministers traveling with him. "We have to stop our law enforcement and authorities from making business a nightmare," Medvedev said. "In our country, signals have very important meaning. Consider that a signal!" He spoke more harshly about breaking the law. "We have to react to it with all the strictness of proletarian legality," he exclaimed. "What is that, when we think up laws so it is easier for business and they ignore them?" After that, Minister of Economic Development Elvira Nabiullina talked about the decree "On Immediate Measures for the Elimination of Administrative Barriers to Business Activity." She said that the 13 most massive forms of activity were identified and an informative, rather than permissive, procedure will be instated for them. In addition, she said, six forms of licensing had been cancelled, to be replaced with insurance.

Then the businessmen were given the floor. Tatyana Kostrova, co-owner of the Bambi children's clothing factory, asked about in-house tax audits of the difference between input and output VAT. She also objected to being required to present documents that were not mentioned in legislation. Head of the Federal Tax Service Mikhail Mokretsov had to answer her question, and was force to admit that the tax service was breaking the law.

Another charge leveled by Kostrova concerned lease terms. Smolensk Governor Sergey Antufyev answered that one, and admitted that, in spite of the legal possibility of making a five-year lease, in practice it was only possible to make a one-year lease to "keep business on a short leash." Businessman Vladimir Gaiduk suggested that the ministers decide whether small business was defined by its budget or number of workers. "If it's budget, we have ways of reducing income. There's no use denying it," he said. "Small business exists in perpetual expectation of punishment. That can't go on. We are not criminals. The first thing every auditor says is `We're going to close you down.'"

Summing up the results of the meeting, the president said he wanted to keep an eye on the Gagarin businessmen. "Small business is a method for the renewal of our country," Medvedev said. "If we can pull in 40-50 percent to real business, we have a different country."