Georgia vs. South Ossetia: roots of a 100-year conflict 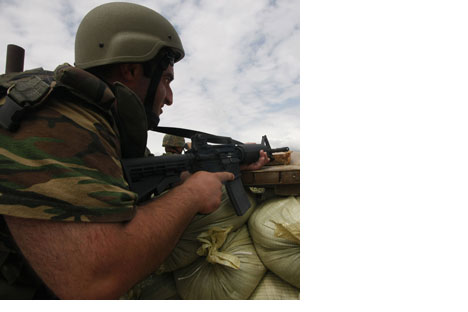 The first major conflict between the sides took place in 1918-1920. It began in a series of uprisings in the Ossetian-inhabited areas of what is now South Ossetia.

The uprisings were against the Transcaucasian Democratic Federative Republic, which claimed several thousand lives and left painful memories among the two communities.

During Soviet times the conflict was frozen because of Moscow's tight control of the area. However, it began to gain momentum in late 1980s, not long before the collapse of the Soviet Union, amid the rising nationalism among both Georgians and Ossetians.

The influential South Ossetian Popular Front was created in 1988. But in the summer of 1990 the Georgian Supreme Council adopted a law barring regional parties.

This was interpreted by Ossetians as a move against the South Ossetian Popular Front and led to Ossetians proclaiming South Ossetia a Soviet Democratic Republic, fully sovereign within the USSR.

Violent conflict broke out towards the end of 1991. Many South Ossetian villages were attacked and burned down as well along with Georgian houses and schools in Tskhinvali, the capital of South Ossetia.

As a result of the violence, approximately 1,000 people died and about 100,000 ethnic Ossetians fled the territory and moved mostly to North Ossetia, a republic within the Russian Federation.

In 1992, Georgia was forced to accept a ceasefire to avoid a large scale confrontation with Russia. The government of Georgia and South Ossetian separatists reached an agreement to avoid the use of force against one another, and Georgia pledged not to impose sanctions against South Ossetia.

A peacekeeping force of Ossetians, Russians and Georgians was established at the time. And late in 1992 the OSCE set up a mission in Georgia to monitor the peacekeeping operation.

From then, until mid-2004, South Ossetia was generally peaceful.

In June 2004, tensions began to rise as the Georgian authorities strengthened their efforts against smuggling in the region. Hostage takings, shootouts and occasional bombings left dozens dead and wounded.

A ceasefire deal was reached on August 13, but it has been repeatedly violated.

Tensions in the region soared in 2008 and outbreaks of violence became increasingly frequent in the border area.

Georgia said it was an internal affair as the breakaway republic had never been recognized internationally.

The Georgian side repeatedly insisted the conflict could be resolved without outside interference.

However, early on August 8 Georgia launched a massive military offensive to take control of the republic.