Agenda for peace in the South Caucasus: at the crossroads 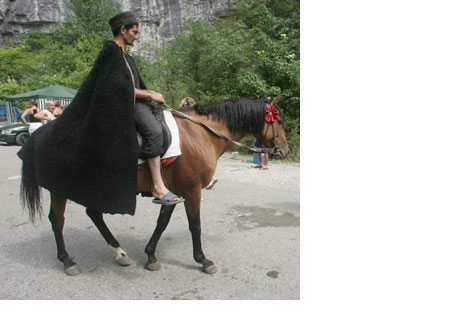 The diplomatic advance with `Medvedev-Sarkozy peace plan' is a relied for those hoping for the peace set-tlement of the current conflict involving Russia and Georgia. It means that the use of military power is not a solution to the political problem. However, this is not a roadmap to peace, but rather a crossroads, and much depends now on how Russia will act in the international environment.

The most serious consequence of what have happened is a dramatic lack of mutual trust between Russia and the West. An image of Russia as an irresponsible actor, who does not want to play by the rules, could spoil Russia's long-term efforts to be acknowledged as a key element of the emerging global system, and also to send a negative signal to international investors. In fact, Russia's officials are expected to give an explicit explanation of their operation in Georgia, and the point is how they would do it.

The first option is Molotov-style diplomacy, with constant references to the recognition of the independence of Kosovo. "If they are allowed to do that, why can't we support independence of Abkhazia and South Os-setia?", - one would ask. That would mean another round of diplomatic confrontation, because Kosovo is widely considered as an exception, rather than a rule. The Russian diplomacy could work hard to lobby inde-pendence for these two secessionist provinces of Georgia, - but does it worth an effort, at the expense of iso-lating Russia internationally?

The second option is a softer approach, inviting all those concerned to launch a dialogue on the issues of in-ternational peacemaking. Russia's operation was not perfect - it was not authorized by the UN Security Council, and even by the Russian parliament, as the Russian Constitution requires. One should discuss the excessive use of force, which caused civil casualties on both sides, and also the use of the assault troops as peacemakers, and many other things.

But none of peacemaking operations of today is perfect. The UN Charter and other pieces of International Law do not provide detailed guidance and regulation of these. Internationally agreed criteria for the use of force to restore international peace and security are still not in place - and the stories of NATO's operation in the former Yugoslavia (1999) and the operation of the coalition of willing in Iraq (2003) prove that.

All political and military issues of international peacemaking should be thoroughly discussed and clarified, to avoid mistakes and misunderstanding in the future. The UN `Responsibility to Protect' report, and other sig-nificant international research papers and policy advice should be put together, to allow politicians and the military to act together in the case of necessity.

Discussing the wider agenda of peace and security in the region of the South Caucasus could facilitate the proposed discussion, as well. Do not forget about the lasting conflict in Nagorny Karabakh, which is much closer to war now. The situation around Nagorny Karabakh threatens international peace and security, and brings harm and sufferings to the peoples of Armenia and Azerbaijan.

To this extent, addressing the key issues of Human Development and Human Security in the region could play a vital role, and to reconcile controversial visions of war and peace in the South Caucasus. Senior gov-ernment officials in charge of Public Health and Social Services, as well as Human Rights Commissioners of Armenia, Azerbaijan and Georgia, and also high-ranking observers representing Moldova, Russia, Ukraine, and other states and international organizations, could get together to discuss these issues.

The participants to such a `Civil Summit' should consider humanitarian, rather than political dimension of the conflict resolution. They should set common bottom-line Human Security and Human Development stan-dards for people living in the conflict zones. This will give a broader humanitarian context, and will help to frame further political discussions and negotiations on war, peace, territorial and border issues in the South Caucasus.
Human dimension of the conflict is nor less important, than political and military ones. After all, the root causes of this conflict are embedded in people's hearts and minds. Let us remember what great peacemaker Dr Martin Luther King, Jr. had said: "We get rid of an enemy by getting rid of enmity". Various tools of `peoples' diplomacy' could be applied here. We need a joint effort by government and non-government orga-nizations, various religious confessions, and private businesses, aimed at resolving the conflict in South Cau-casus.