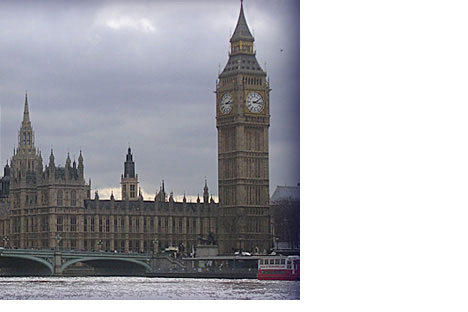 Anyone attending the opening ceremony of the Beijing Olympics, as I did, realised that the 2008 Games were about more than sport. They were an announcement to the world that the Chinese people, after 150 years of humiliation by foreign powers and internal problems, had resumed their place as one of the world's great and respected nations and cultures. The rest of the Games reflected the same spirit - 'the greatest ever Olympics' being a term used in the British media.

No one should imagine that this was an artificial sentiment created purely by Chinese government manipulation. The scenes of ordinary people in Beijing were impossible to fake and had nothing to do with regimented North Korean 'festivities'. E-mails from Chinese friends, written with an originality and individuality that officials cannot dictate, speak of tears of pride at their country's culture and achievements when watching that opening ceremony on TV.
The impact produced by the Olympics in China was due not only to the scale of expenditure but because they struck a deep chord in the national psyche.
I believe Russians are among those best placed in the world to understand this atmosphere. It reminded me of 9 May in Russia - something I witnessed first hand in 2002 when I visited Moscow to meet Mayor of Moscow Yuri Luzhkov and attend the parade marking victory over Nazi Germany. There is a huge formal state ceremony at the top. But there is also deep pride and feeling that touches ordinary people.

The great Chinese film director Zhang Yimou, director of the opening ceremony, had an awesome responsibility - to sum up in one event the feelings of close to 1.3 billion people. He achieved it triumphantly.

All this leaves London with a tremendous challenge in staging the 2012 Olympics. London will not, nor should it wish to, deploy Beijing's scale of resources (Russia will decide on Sochi in 2014!). The scale of resources appropriate in Beijing to mark a turning point in the country's history would be a grandiloquent waste in London.

What could make an equivalent impact for the London Games? For that it is necessary to return to why London won the right to stage the Olympic Games in the first place.

The two cities in the final voting, Paris and London, had different strategies. Paris proposed to stage a superbly organised French Games. London proposed to organise an international Games for which its city would provide a magnificent backdrop. It was summarised in the film 'Inspiration' that formed the centre point of London's presentation in Singapore to win the Olympics - showing how in London in 2012, Mexican, Russian, Chinese and African children realised their common sporting dreams together with Londoners.

This strategy corresponded to the character of the city London has become. London will never again be capital of the world's most powerful country. But London possesses something that neither Beijing nor any other city does. London is genuinely the most international city in the world - and to be the most international city in the world in the era of globalisation is no small advantage. London has not merely a great heritage, which must of course be on display, but its future is as the international business and financial centre of Europe and, therefore, as one of the world's most important international financial and business centres.

As with the presentation that won London the right to stage the Olympic Games, this must be the centrepiece of London's build-up to 2012 and of the staging of the Olympics themselves.

This involves relations with Russia. London won the Olympics with the votes of the Russian delegates. The friendship that flowed out of that trip in 2002 helped underpin relations that were beneficial to both sides.

London should be using the period leading to the 2012 Olympic Games to consolidate its relations with all countries. But it must note a turning point in world history. From now on the majority of the increase in world GDP, the increase in world markets, will come from 'BRIC' countries - Brazil, Russia, India, and China.

The economic links between London and Russia have become important for both. London is the most important centre for international Initial Public Offerings (IPOs) by Russian companies - giving them the advantage of raising finance in a world centre and last year accounting for a quarter of all IPOs in the UK.
Many leading Russian businesses, including financial-services companies, have chosen Britain as a base of foreign operations. Sales in London's shops to Russian tourists have been rising at more than 40 per cent a year.

Simultaneously the UK has become a large investor in Russia.

Developing relations between London and Russia, therefore, must be a key part of London's strategy in the run up to 2012.

Ken Livingstonewas Mayor of London from May 2000 to May 2008