The West should be guided by facts 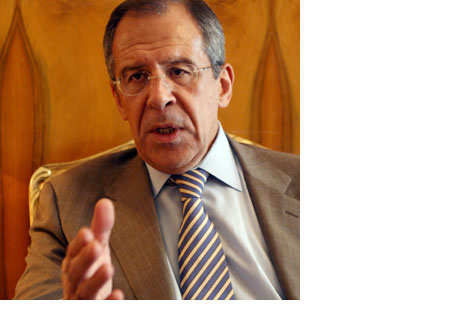 Facts, not time-serving considerations, should underlie the assessments by the West of the current situation in Trans-Caucasia. This statement was repeated regularly by the Russian Foreign Minister Sergei Lavrov as he responded to statements by the British Foreign Secretary David Miliband in Kiev.

Speaking during his visit to Ukraine Mr.Miliband was more than generous in criticizing Russia over the recent developments in the Georgian-Ossetian conflict zone and in connection with Moscow's recognition of the independence of South Ossetia and Abkhazia. In doing so he revealed complete unawareness of the real situation, distorted facts and justified the regime of President Saakashvili.

Seeing Russian tanks in Georgia on the 40th anniversary of the Prague events, the British minister said, is clear evidence that the force-using instincts die hard. The comparison, however, is at odds with the reality. Russian tanks appeared in South Ossetia after the Georgian tanks attacked the South Ossetian capital Tskhinval backed by the Grad multiple rocket launchers and from the air. And the goal of the Russian tanks was to put an end to the bloodshed.

The accusations which came from the British leader on stifling Georgian democracy and undermining territorial integrity of Georgia are equally inconsistent. The Saakashvili regime is seen as authoritarian in essence in Georgia and beyond, having resorted to rigging parliamentary election results, breaking up peaceful rallies, attacking the opposition, persecuting political opponents and shutting news media. But Saakashvili's western patrons choose to ignore that.

Russia's decision, he said, was the only option possible in terms of law, history, justice and morality.

In this regard, any accusations or moralizing from western politicians looks out of place, to say the least.