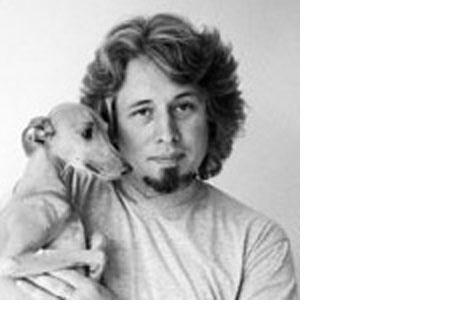 Vladimir Sorokin is one of the most well-known Russian authors today, and one of the handful known and respected outside Russia.

His popularity started with perestroika, when his first novels obliquely described the horrors and perplexity of Soviet life. In "Marina's Last Love," a seemingly unpretentious love story disintegrates into an endless parody of newspaper-style political statements, while in "The Norm," mundane life is punctuated by the requirement for all party members to eat a piece of human excrement every day. If there ever was a better metaphor for having to serve any regime, I haven't seen it.

Sorokin is known as a master of stylistic experiment: He has successfully parodied almost every genre of Russian literature. In "Blue Lard," scientists create clones of famous Russian writers, who write, each in his or her characteristic style, suitably absurd texts. There is one trick he uses very often: Creating a peculiar universe and writing a series of loosely connected stories, which take place in this invented world.

His previous novel, "The Oprichnik Day" (oprichniks were the henchmen of Ivan the Terrible), portrayed Russia in 2028, with an emperor in the Kremlin, the Russian language peppered with Chinese words and a huge wall separating Russia from wicked neighbors. This dystopian image was, curiously enough, taken by many to be rather desirable. In the recently published sequel, "The Sugar Kremlin," Sorokin apparently wanted to dispel such notions. In any case, the scenes of inexplicable and brutal cruelty, executions, horrible accidents and other disasters make the new book even more gruesome than the previous one. One of the traditional topics of anti-utopian literature, the death of culture, is barely touched upon. Culture seems to have died of its own accord, and in this new Russia, both the elite and the general public are quite content with the widely available cocaine and the New Year's treat which gives the book its title: a sugar Kremlin effigy.

As always, Sorokin shows his unique stylistic dexterity, easily creating new types of language. The Russian of 2028, apart from the addition of Chinese words, is purged of Westernisms, heavily archaic and dense. The vivid pictures, such as the one of the empresses' dream when she sees an absolutely empty Kremlin and understands that it's all made of cocaine, are rather funny, but the humor is mixed with horror and leaves an uneasy feeling.

Unlike most Russian writers, Sorokin is a keen businessman. Not only does he know what tales the time wants, he knows when it wants them. It is no surprise that he chose one of the most surefire commercial enterprises, a sequel, for his new and impressive book.