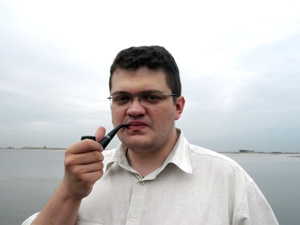 The contradictions that have been building up between Russia and the West, especially the U.S., since the late 1990s, have erupted to the surface. We witness the start of a new spiral in history - once again the history of confrontation between two superpowers, each trying to build the world to its taste.

Like every avalanche, this one began with a spec of sand, Georgia's attempt to establish "constitutional order" in South Ossetia. That operation merits a closer look. The omnibus term "establishing constitutional order" can mean almost diametrically opposite things at different historical junctures. Nonetheless, though, there are some basic characteristics that must be present in any operation that claims that name.

To what extent did Georgia's operation to restore constitutional order in South Ossetia meet these characteristics? The first characteristic is selective fire on illegal armed units and minimization of civilian casualties. Obviously, this operation does not qualify: Georgian artillery shelled Tskhinvali and the surrounding villages, and many facts of murder and violence against civilians are known.

The second, and no less important, characteristic is the humanitarian component, namely, a commitment to early restoration of law and order and life support for civilians in the zone of operations. That component takes the shape of deployment of a network of medical aid centers, field hospitals, and stocks of food, water and other prime necessities in the area to ease the suffering of innocent civilians in the context of a military operation. Georgia did none of these things.

On balance, Georgia's actions before and during the invasion of South Ossetia suggest that the aim of the Georgian leadership was to exterminate South Ossetia's non-Georgian population or cause it to flee to Russia. Under the Russian Criminal Code, such actions are described as genocide.

In addition, Georgia directly violated international norms by opening fire on Russian peacekeeping units, and, what is more, Georgian peacekeepers took part in firing. Based on these combined characteristics, the Russian response to the shelling and subsequent invasion by Georgian troops which began in the early hours of August 8, 2008 was absolutely legitimate.

The West demonstrated that it was not united on such a fundamental issue as the "defense of a young democracy." And a new geopolitical reality came into being, a bloc - if only a temporary one - of Russia and Western Europe (Germany, France, Italy and partly Spain) against the U.S. and the East European countries. Even Russia's traditional geopolitical adversary, Turkey, expressed support for Russia. The Turkish Premier, who flew to Moscow for talks, backed Russia's efforts at pacification of the region. Later reports said that Turkey had refused to allow American naval ships into the Black Sea.

These three weeks have changed the world dramatically: the contradictions between Russia and the U.S. that for a long time were hidden behind the veil of political correctness have come to the fore. Neither Russia nor the U.S. intends to yield ground, which suggests a new spiral of the Cold War and global confrontation between the two powers.