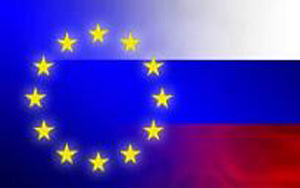 EU leaders have decided to delay talks with Russia on a new agreement about strategic co-operation. At an extraordinary summit in Brussels, the leaders condemned Russia's actions in the Caucasus, but promised to maintain contacts with Moscow and continue existing ties.

The EU will suspend talks on a new partnership and cooperation agreement, or PCA, until all Russian troops withdraw to their pre-August 7 positions. Speaking at a media conference after the summit, Jose Manuel Barroso, the EU Commission President said:

"As long as the withdrawal of troops has not been respected, all meetings on the partnership accord are postponed."

Meanwhile, Russia's ambassador to the EU Vladimir Chizhov has said the withdrawal of the Russian troops is complete.

"Russia has withdrawn its troops in full accordance with the six-point agreement between President Sarkozy and President Medvedev. So any reference to additional measures for Russia to withdraw from somewhere to somewhere, I believe, doesn't really stand. Nevertheless, as far as the speed of negotiations is concerned, actually, after having waited for 18 months for these negotiations to begin, while the European Union was getting its act together with some of its member-states, we are patient," commented Chizhov.

The 27 members of the union met to review their ties with Moscow. They were divided over their response, but in the end failed to agree on sanctions against Russia.

They also decided to designate a special EU envoy to try and solve the crisis in Georgia.

French President Nicolas Sarkozy, whose country has the EU presidency, spoke for all member countries.

"We do not want to cut partnership ties with Russia," he said. "We condemn in no uncertain terms Russia's disproportionate reaction, but we in Europe realise the need to continue dialogue with our Russian neighbours."

"Let's not launch a Cold War. There's no need to flex our muscles. Demonstrations of force, verbal aggression, sanctions, counter-sanctions - these will not serve anyone," he added.

As for the status of South Ossetia and Abkhazia, the summit decided not to recognise their independence and urged more talks on the issue.

Also, EU leaders urged Russia not to isolate itself from the rest of Europe.

As a result of Monday's meeting a draft statement was issued. The five-page document strongly condemns Russia's recognition the independence of South Ossetia and Abkhazia and urges other countries to avoid such a step.

There's no reference to sanctions, but the draft statement says that relations between the EU and Russia are at a crossroads.

The EU urges both Russia and Georgia to implement the six-point peace agreement, which was signed earlier by the two sides.

Meanwhile, two demonstrations - one pro-Russian and one pro-Georgian - took place outside the building where the European leaders were gathered for the meeting.

Read about how the european press reacted to the summit
Watch the press-conference video here: