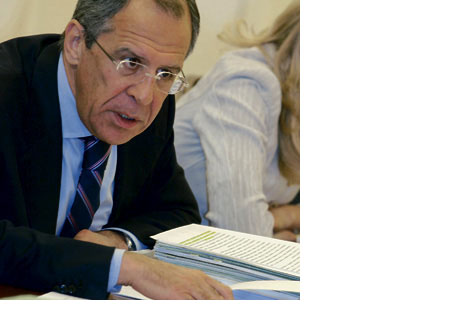 The Russian Foreign Minister Sergei Lavrov has assured the West that all treaties on Russian fuel exports to Europe will be fully implemented. Speaking after his talks with the Belgian Foreign Minister Karel de Gucht, he said that up to now not a single contract had been violated. As for problems that did emerge, they were all due to actions by transitor states. Energy dialogue occupies the central place in Russia-EU relations and it should continue to be based on the mutual respect for and balance of the interests of exporters, consumers and transitors of Russian fuel, said Mr. Lavrov.