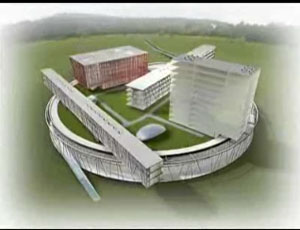 Not getting as much notice as the recent war games, Russian businesses have launched a large-scale invasion of foreign markets. The value of Russian assets abroad has more than doubled since 2004, bringing Russian-owned shares in some key industries to a significant level. The massive outpouring of funds into foreign economies has to do with the Russian business going global, rather than with diversifying risks and, experts say, in the end only helps the domestic market.

According to a rating of Russian companies based on their amount of foreign assets compiled by the Skolkovo Moscow School of Management, the top 25 Russian businesses own over $60 billion worth of assets outside of Russia. The foreign turnover amounts to $200 billion with 130,000 employees on the payroll. Since the research project initiated at the end of 2007, the trends have only strengthened.

"The dynamics have been the same, the growth has continued very actively," said Alexander Mansilya-Kruz, a researcher at Skolkovo.

These numbers serve as the best testimony to Russian businesses' newly found prosperity. What is important to note is that not all of these enterprises are based in oil and gas, metallurgy or mining—industries which have been showered with profits from the ever-growing commodity prices. The most active spenders are not necessarily attached to one particular trade and come from the country's most competitive industries. Non-commodity sectors including transport, machinery, communications and retail are represented by a quarter of the leading businesses in foreign investment.

This apparent development could hardly be viewed in a negative light; and yet, naturally, certain concerns have emerged in the face of outflow of a significant amount of funds from the country, funds which could be spent on the development of infrastructure.

"In part, it means that this capital failed to be used inside the country," said Evsei Gurvich, head of the Economic Expert Group. "But this outside investment is a customary opportunity for Russian businesses to expand. It is a very healthy situation when our businesses have a part of their assets abroad," he added.

The two top spots in the rating, however, went to oil and gas. LUKoil, which has been active in acquiring gas station networks in the United States and Europe, as well as oil refineries in Eastern Europe, was placed first with an estimated 39 percent of its assets located outside of Russia. According to Skolkovo, Europe hosts over 60 percent of the foreign assets and most of the subsidiaries and representative offices of Russian companies. The CIS countries trail far behind with just 20 percent.

The changing behavior has to do with the new mindset of Russian companies, which are now going global. The majority of acquisitions are made inside of the businesses' industries themselves, in emphasizing their aspirations of maintaining a solid presence in the international markets, as opposed to simply spending spare money on portfolio investments.

"A number of companies here in Russia see themselves as regional and global players and build their businesses accordingly," said Mansilya-Kruz. "They are looking to grow to the extent which will allow them to be competitive with the global leaders in their industries."

This expansion is much more complex than just the takeover of large shares of assets to gain stakes in foreign markets. Often companies try to advance their technologies by simply buying companies in possession of those more advanced than their own.

GAZ's purchase of British van producer LDV serves as one example of that. Russia's largest automaker gained little by acquiring the company which did not have a major stake in the UK's car market, yet it obtained the technology to produce Maxus vans which it is currently trying to put on the domestic market in Nizhny Novgorod.

"Instead of trying to upgrade the outdated GAZ vans they are simply buying a marketable product which spares them a lot of trouble," said Mansilya-Kruz. "This is just one example, there are many such deals aimed at gaining technologies; by buying small companies, Russian businesses acquire whole product lines at an instant in what has been an overlooked but significant investment trend," he added.

However, further growth can be curtailed by the protective measures that are starting to get implemented across Europe. Recently, the German government approved a new law that prevents entities from outside the EU and non-members of the European Free Trade Association from acquiring more than 25 percent of any German business if deemed a threat to national security. If the legislation will be brought into effect, the government will be allowed to restrict such deals. Russia passed a similar law earlier this year setting a bar for foreign ownership in the so-called "strategic sectors" such as oil and gas, with approval needed for acquisitions of over 50 percent by private investors and 25 percent by state-owned firms in 42 sectors of the economy.

The impact of the present and planned legislation remains questionable.

"These measures are reciprocal. It's like the visa regime, we passed a law and now they're working on a similar piece of legislation; now it's hard to tell who started first," said Mansilya-Kruz. "It's hard to tell how it will change the investment climate but the dynamics have been very positive so far and these laws haven't been implemented to the full extent."

The nature of the laws is not very restrictive and leaves the government the option of intervention. The trend has already been set and neither Russia nor Europe is expected to risk harming the inflow of foreign capital.

"There can be restrictions for state-owned investment funds of any country, not just Russia. I don't think there are any legal, economic reasons for any government to discourage private investment," said Gurvich.