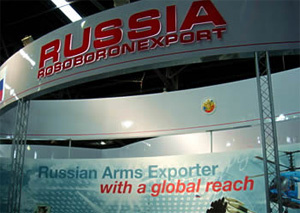 "We have recently revived our contacts with all African countries that used to be traditional buyers of Soviet weaponry," Rosoboronexport General Director Anatoly Isaykin told a news conference at the Africa Aerospace & Defence-2008 (AAD-2008) exhibition near Cape Town.

Russian-made helicopters have traditionally met with high demand in Africa. According to various sources, Russia has supplied over 700 helicopters, including Mi-24/35 Hind attack helicopters, to African countries.

At present Rosoboronexport, while expecting new sales contracts, plans to prioritize the establishment of helicopter maintenance centers to provide repair services for helicopters that had been previously sold to African customers.

"We are offering a variety of post-sale services to our traditional customers, prioritizing maintenance of helicopters as well as MiG-23, MiG-27, MiG-29 and Su-24 combat aircraft, and also pilot training," the Russian official said.

He also said Russia is ready to offer potential customers in Africa "alternative and flexible" forms of payment for purchased military equipment, including the creation of joint ventures, exclusive rights for exploration of natural resources in African countries, and deliveries of traditional goods such as diamonds, cotton and coffee.

Russia has been striving in recent years to regain its competitive edge in the global arms trade.

The country has doubled annual arms exports since 2000 to $7 billion last year, becoming the world's second-largest exporter of conventional weapons after the United States.

Russia exports arms to about 80 countries. Among the largest buyers are China, India, Algeria, Venezuela, Iran, Malaysia, and Serbia.