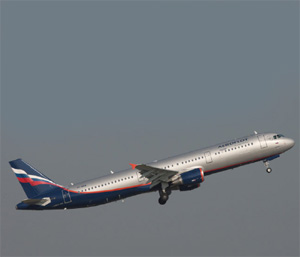 Aeroflot is on the way to open its own pilot training school. The global shortage of commercial pilots is particularly acute in Russia. Aeroflot, with its orders for new Boeing's Dreamliners and Airbus 330s and 350s, cannot wait.

The decision to set up a modern commercial pilot training school was taken by Aeroflot management in August 2007. Since then, a business plan and a number of elaborate training programmes have been devised. The next step is to build a training base which will be fully equipped by the end of 2009.

Six Austrian-built Diamond DA42 twin-engine aircraft are ordered for flight training, with delivery by the end of this year. An appropriate flight simulator is installed at the Aeroflot training centre. The initial training of first Aeroflot students will start this year jointly with one of the existing pilot schools. But in January 2010, Aeroflot's own school is to be opened. The training base will be located at Kimry-Borki Airport about 100 miles from Moscow.

This is just one of Aeroflot's projects which have been undertaken to address the problems of the Russian commercial aviation. The pilot school will alleviate the shortage of qualified pilots that limits the growth of Russia's air transportation industry.

Modern aircraft need modern skilled personnel, and Aeroflot is especially interested in a pilot training base of its own due to an ambitious programme of fleet expansion and renovation.

Aeroflot, a Sky Team alliance member, now possesses one of the world's most up-to-date aircraft fleets as well as some of the highest safety standards in the global industry. Yet it needs more jets and more pilots! Over the next eight years, Russia's largest air carrier will purchase more than 65 new aircraft. The total number of aircraft in its fleet is expected to rise from 83 planes at the beginning of 2008 to 150 jets by 2015.

This phenomenal rise is part of Aeroflot's ambitious strategy to double its passenger numbers to 16 million by 2015. In 2007, Aeroflot transported over eight million passengers (10.2 million together with its subsidiaries).

The airline company wants to enhance its long-haul profile dramatically. In the end of 2008 Aeroflot is to start receiving A330 jets which will enable the carrier to offer a totally new product. And in 2007, Aeroflot signed contracts for the purchase of 22 Boeing 787 Dreamliners and 22 Airbus 350 jets. In both cases, the deliveries are to start in the middle of the next decade. Russian carrier has placed total orders of around 130 new aircraft including the fuel-efficient Airbus A320s which are now the backbone of its fleet. Aeroflot is also the first airline company to acquire the new Russian-built Sukhoi SuperJet SSJ-100 regional plane. The new planes have been chosen for their fuel efficiency and low sound emissions.

"We aim to compete at the highest level and as our future customers will be looking to travel in fuel-efficient and comfortable planes, we have placed particular emphasis on both aspects when ordering new planes," said Aeroflot's CEO Valery Okulov.

The complete overhaul of the fleet will put Aeroflot into the advantageous position of having one of the youngest fleets of any airline in the world, one which makes the most of innovative technologies.

Another prerequisite for the large increase in passenger numbers is the newly built Terminal 3 at Moscow's Sheremetyevo Airport. Expected to be completed in 2009, the state-of-the-art building complex with an annual capacity of 12 million passengers will be one of the most modern terminals in the world. Aeroflot is also looking to form further strategic partnerships and considers acquisitions of foreign airlines to enlarge its network and expand rapidly into the Central European and South East Asian markets.